Paula and Eben met in the Deli and discussed what to do about the review of the play Paula didn’t go see the night before because of an extended dinner date with Eben. 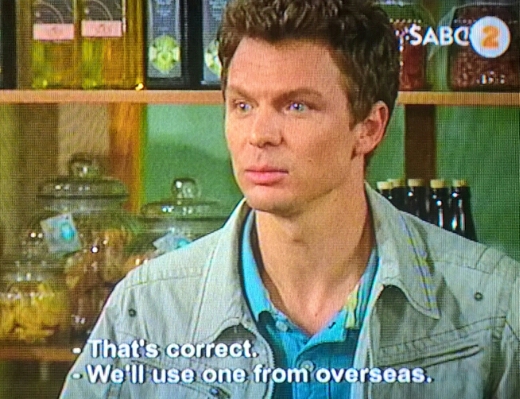 Eben’s solution was to get an overseas review online and translate it into Afrikaans.

Paula was at first reluctant… 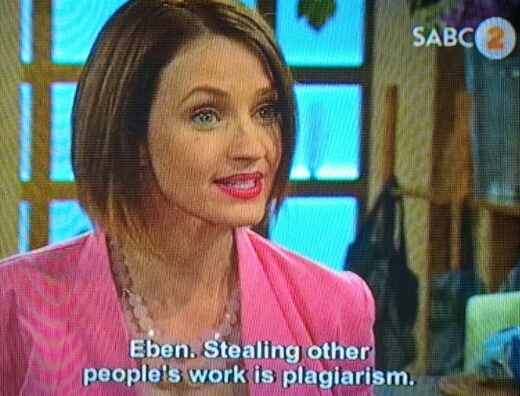 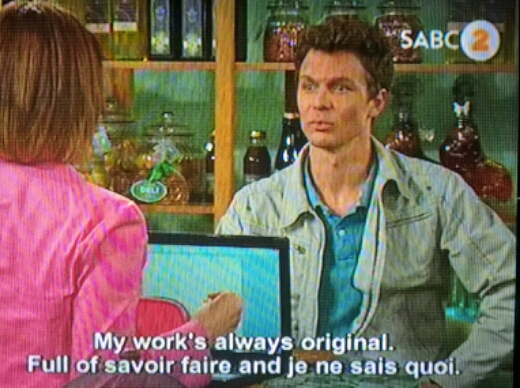 But with a bit of flirtatious persuasion she not very reluctantly gave in and agreed to make up a story. Eben encouraged her with words he looked up on the internet with his cellphone. 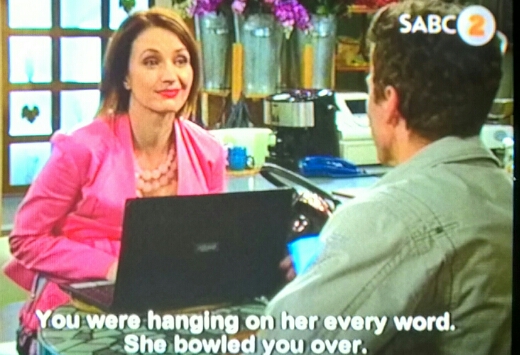 In walked Altus. He looked a bit taken aback to see his estranged wife having a very friendly conversation with the man he saw in her office a few days ago. 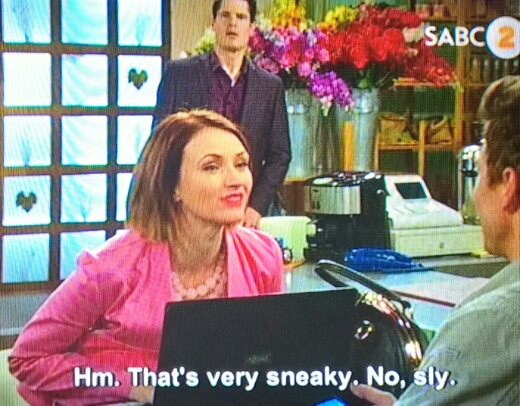 He stayed unnoticed in the background – in 7de laan that means a meter away – and listened with concern to the flirting going on. 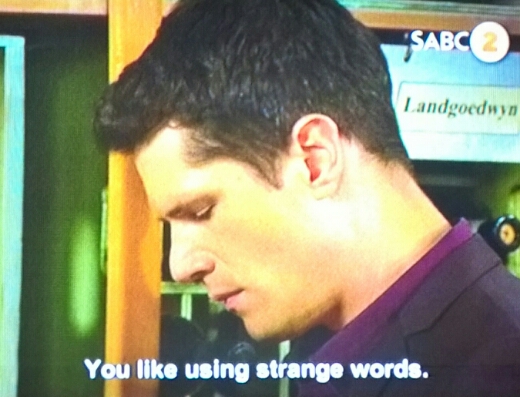 And there was a LOT of flirting going on. 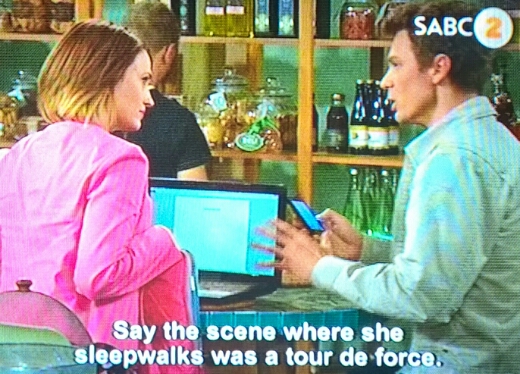 Back at the office, Paula handed in a plagiarised article to be published in the Times. And then lied to her boss and friend about attending the play.

Fortunately Neville asked if they heard that the lead actress – who Paula just praised for a great performance – was in an accident and had to be replaced. 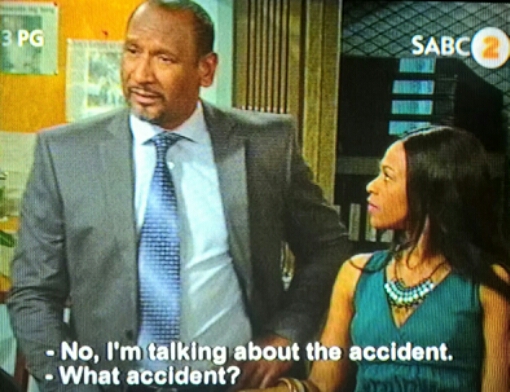 Paula was caught out again and got away with an ethical and probably criminal violation.

So freaking annoying is this Paula who we’ve seen on screen since she first started on 7de laan more than a decade ago. Bring back the slightly less annoying slightly more matured Paula, for goodness sake 7de laan! I promise not to complain about her dull hair and clothes from her grown up pre-Kristin era.

Both Altus and Eben comes off looking pretty great on my screen though. I really like Eben a lot (unlike Kristin who just tried too hard) and am not against an Eben/Paula relationship. If only Paula was less annoying trying to show how smart, funny and oh so irresistible she is. Put a lid on it Paula!

It may have been cute when she was 25 more than a decade ago. Now it’s just irritating.