Smanga started the week as arrogant as can be, telling Mazwi that the new campaign was in the bag seeing they are going up against Angela. Then he tried to get Thabi off the Scarlet lingerie campaign again. That guy has control issues! And Karabo took notice.
He tried to convince Thabi that he was into a normal relationship, but she didn’t believe him and told him to hire himself a prostitute, which he duly did. 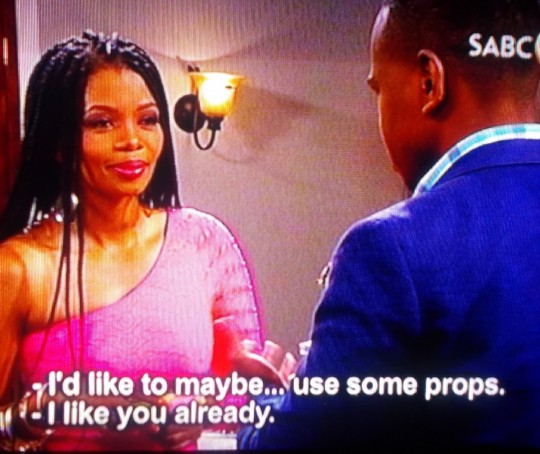 But apparently the call girl didn’t satisfy his needs because he didn’t want to see her again. Then he saw another young call girl who looked ‘innocent’ to him so he hired her. 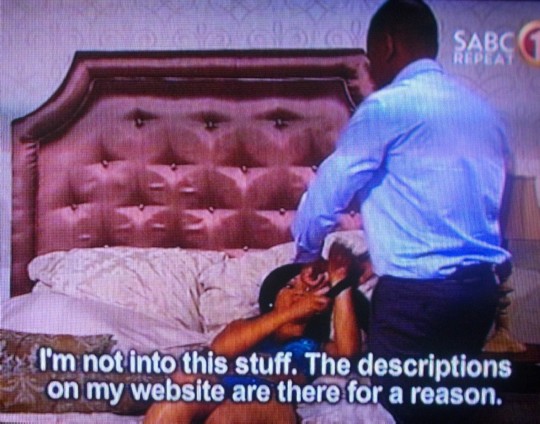 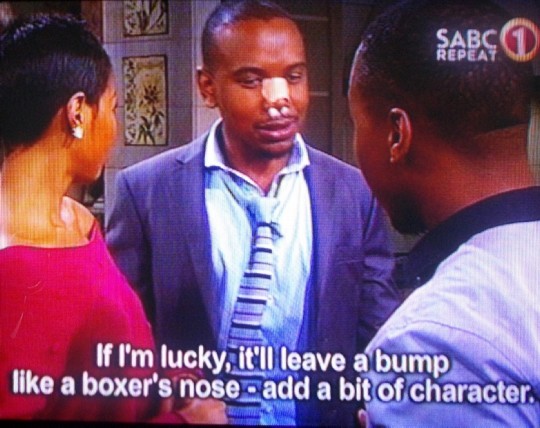 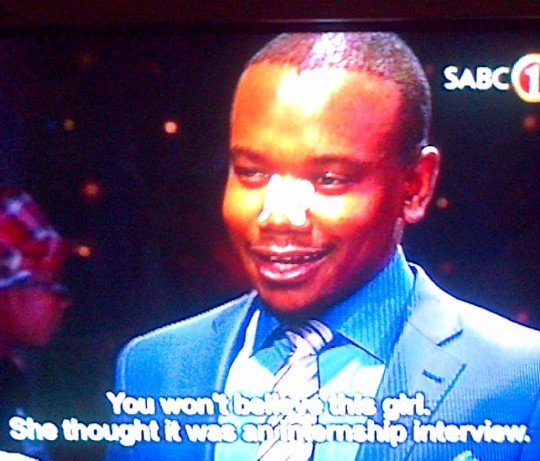 Gadaffi was released from hospital and immediately took control of his wife. He told her to forget work and stay home with him and then got hold of Cosmo. Literally! Cosmo tried to give his boss some advice and for his trouble got beaten up.

Tshidi took more advice from her mother (played by Abigail Kubeka) to take advantage of the situation Gadaffi is now in. She got him a health care worker to take care of him while she went ahead with the business of running #hastag World.

When it seemed as if the pitch she and Angela did was coming second to Ezweni, she took matters in her own hands by offering herself to the client. 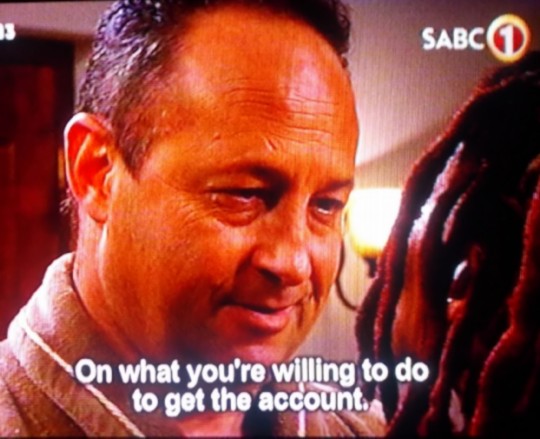 As soon as he signed on the dotted line.
Wow! What a hypocrite Tshidi is. She blames the men in her life for underestimating her and yet she offers sexual favours to another man for an account.
For a moment there it seemed as if Gadaffi realised what she had done to get the account 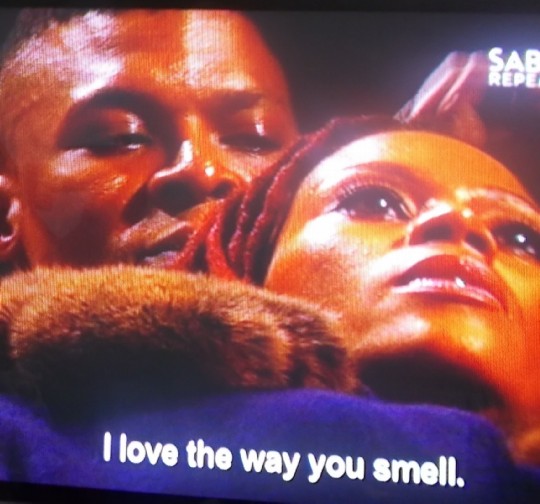 but by the end of the week he told her he was proud of her and put her in charge of #hastag World. Nolwazi will surely be jumping for joy NOT! 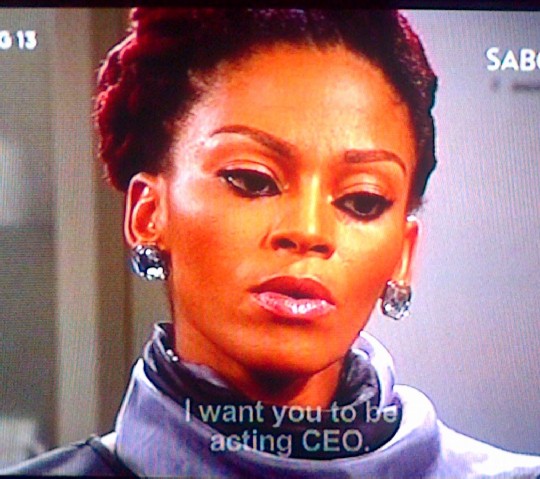 Tshidi admitted to her mother what she had done to get the account and to her surprise her mother was very supportive. She told her she only did what she needed to do. 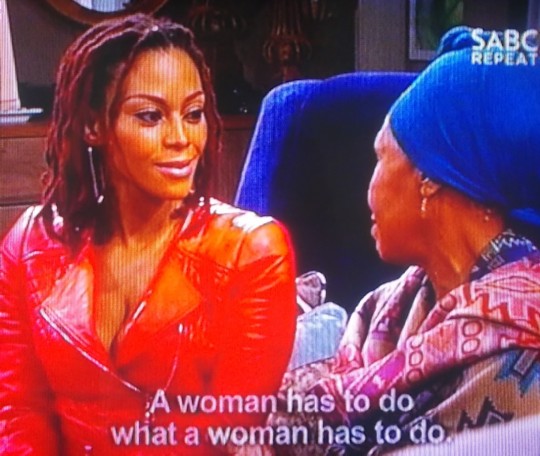 Cosmo is on the track of the person responsible for the attack on his boss. He realised that the spider tattoo wasn’t leading him to the culprit and changed tact by looking for the drugs. And he is getting very, very close. 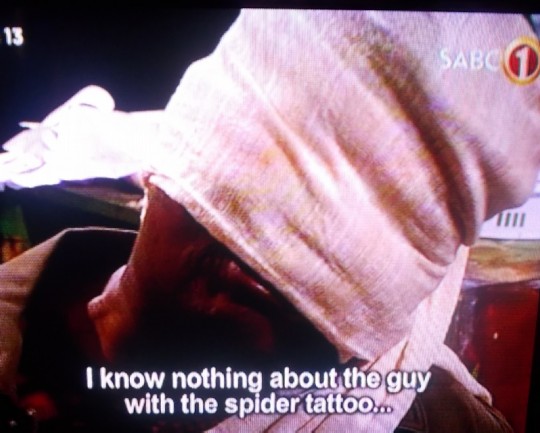 He got himself a very smart informant who he tried to intimidate, but the informant told him he would provide the name of the person who provided the drugs in a public place. He surely would’ve been killed otherwise, right?
Tau’s arrogance went beyond taunting his sister and daughter. He is underestimating Gadaffi’s ability to finding his attacker. Tau told Karabo that she has nothing to worry about, Kumkani will never find out about his involvement. Karabo was getting tired of the thug life though. 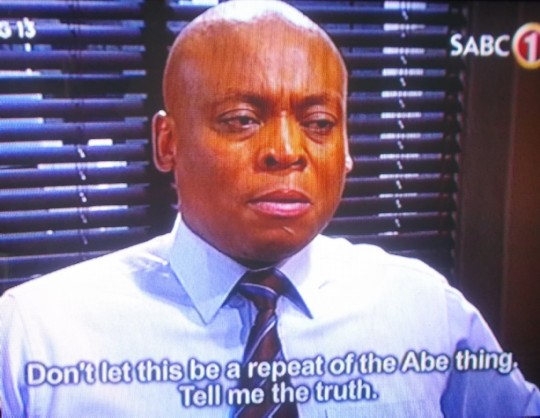 And kept busy by tracking Mary’s every move – watching what she’s eating, when she’s resting and going to yoga/birthing classes with her. Much to Mary’s annoyance.

Namhla decided that since she won’t be getting a bursary, she might as well party in preparation for being a shebeen queen next year. As if that’s the only option she has.

When her mother told her she couldn’t go to a party, Namhla sneaked out but then had to get her mother pick her up at the police station. She was stopped for drunken driving. When did Namhla get her driver’s license? 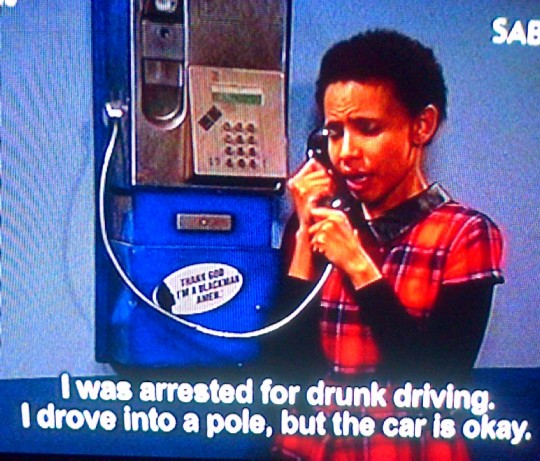 A lot of blame was thrown around the Diale home. They decided that Namhla has to be kept busy during the school holidays to keep her out of trouble and Getty said she would find out about Ezweni’s intership programme.
Namhla was initially concerned that it wasn’t an IT internship but agreed when she found out she would get paid and possibly make contacts for a bursary for next year.
She was late turning up for the interview with Karabo the following day and when she got to Ezweni she walked right into the middle of preparations to show the Scarlet lingerie line on the runway. Namhla was mistaken for a model – how I don’t know – and was taken backstage and turned into a lingerie model. 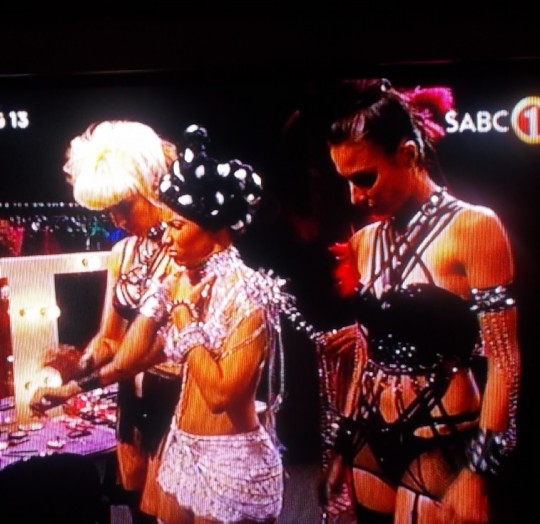 She was a huge success with the client and with Smanga.

Getty was still on a mission to eat healthy and exercise. With very limited success so far. She craved junk food and hated exercise. But a handsome instructor at the gym caught her attention and suddenly she found some motivation to exercise. 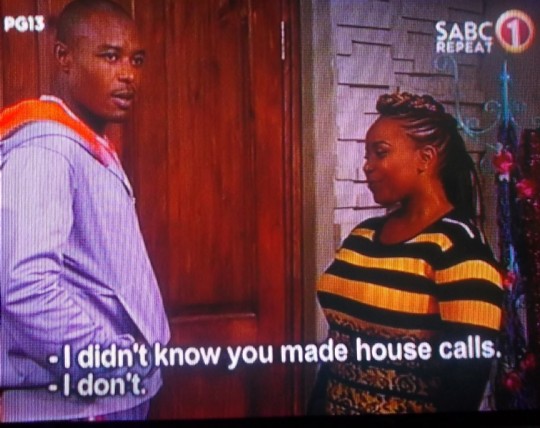 Siya and Angela seem to have very different interests and so far she’s compromising. But for how much longer is she going to not be “that girl” who doesn’t spoil her boyfriend’s fun.