Last week on Isidingo Pastor Gabriel told Sizwe he would get Zukiswa’s expensive necklace back from Mme Zamdela.

Sizwe had unsuccessfully tried to get the necklace back himself. 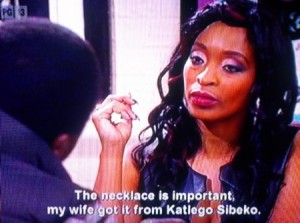 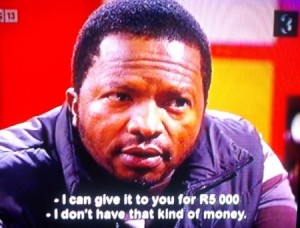 Pastor Gabriel promised Sizwe that he would get the necklace back. So he tried persuasion and some charm, but the lady wasn’t about to budge so easily.  She told the pastor that there was a way to get the necklace.  He said he wasn’t interested.  So R5000 of church funds was what it was going to be.

The collection point for the necklace was a hotel room at The Duncan in the evening.  And when the not so good pastor arrived, he was met by Nina Zamdela with the pearl necklace around her neck with only a fur coat and stilletos.  She invited Gabriel to remove the necklace. 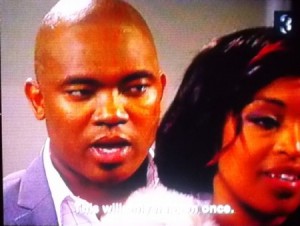 Remove it he did! Plus some lipstick for good measure. With the only proviso…that it would be just that one time. 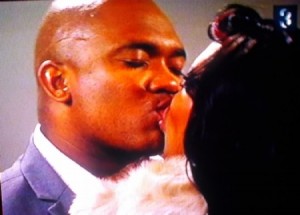 Pastor Gabriel and Nina Zamdela’s kiss and seduction was almost a replica of the Brad/Priya sleep over. Just slightly hotter.

The next morning Sechaba saw the two departing. Nina explained it away as a nyaope community related meeting. 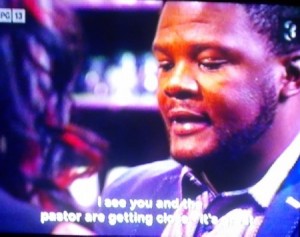 Sechaba did not look happy at all and gossiped with Lerato about the 6.00am ‘church meeting’ in a hotel room. 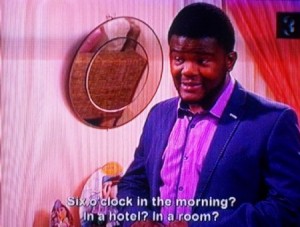 Lerato didn’t want to believe it, yet looked upset as well.

Those two new characters have really set the cat amongst the pigeons!

But only one time wasn’t in Mme Zamdela’s vocabulary.  Because the following day she was back at the church to tempt the pastor into another liaison! 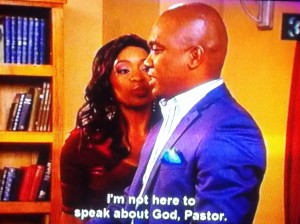 Right in his office!  Try as he might, Pastor Gabriel couldn’t resist. 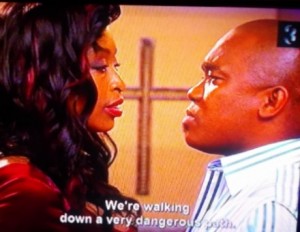 Calvin eventually allowed Nikiwe to be at Frank’s bedside after Dr Beth told him that it would be good for Frank. When it seemed as if there was no hope of Frank waking up, Calvin felt his dad’s fingers move against his arm.  Calvin was sure his father was recovering.

It wasn’t to be.  Frank went into cardiac arrest and was later pronounced brain dead. 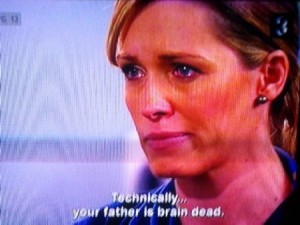 Dr Beth told Calvin and Nikiwe that there wasn’t anything they could do anymore since from was only breathing artificially through the respirator. 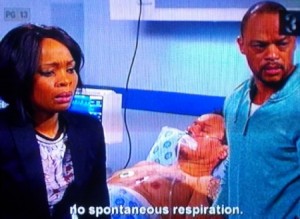 Calvin explained to Charlie everything that Dr Beth told him. 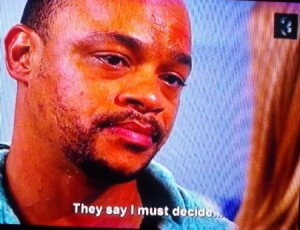 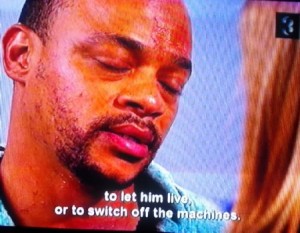 Calvin had to decide when to switch the respirator off. 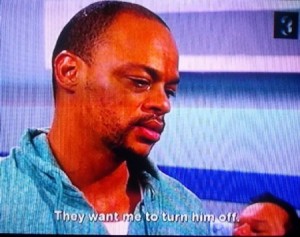 That scene was the most powerful acting I’ve seen from Maurice Page ever. No over acting or over dramatic scenes.

As for the rest…

Lerato was suddenly afraid of Pastor Gabriel after he had a little talk with her about a connection between them. 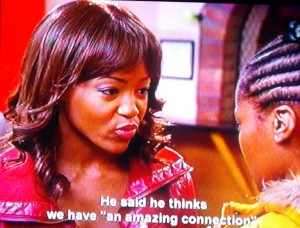 From the way she was carrying on before, you would’ve though that’s what she wanted. But no. 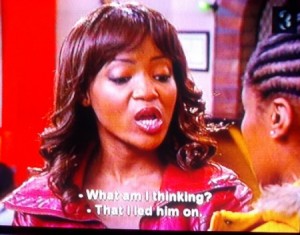 Zukiswa teased her a bit about marrying a pastor.  Lerato all of a sudden acted like a shy schoolgirl. 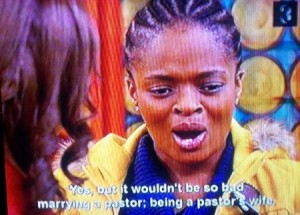 She wanted to sit as far away as possible from him in the church service.  The same Lerato who’s been giving Pastor Gabriel free manicures at the salon and whose been around the block a few times.

Brad and Rajesh continued playing childish games with each other.  It was almost a relief when Barker Haines walked through the door.  I mostly ignored that whole storyline.  Sorry.