Xander was sentenced to 4 years in prison last week on 7de laan. And the video evidence of a scared looking Natalie was apparently the nail in his proverbial coffin. Whatever, 7de laan!

On poor Xander’s first day he was already targeted by his fellow inmates, with no help from the prison guard.

On the contrary, the guard was just as bad as the prisoners. 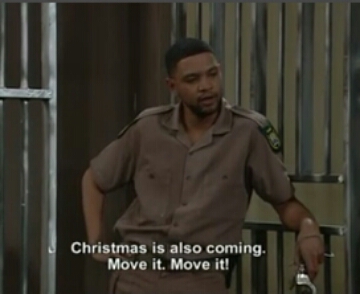 And Natalie is still around, gloating about her ‘victory’. 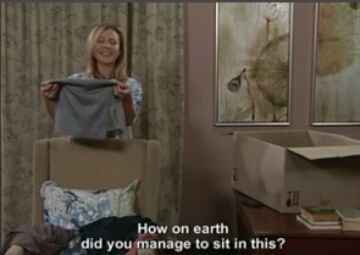 She’s staying to ensure Xander doesn’t win on appeal. Arghhhhhhh please. At the very least we could’ve gotten rid of that woman for a while.

Vince had a ‘feeling’ his brother was in trouble and of course he was. Xander’s lawyer is still on the case. 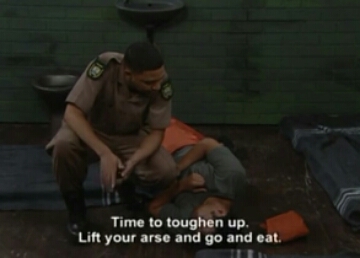 At the rate things are going, don’t be surprised if Natalie doesn’t give her own game away. She nearly said something that caused the prosecutor to question her motives.

…
Kristin came back from hospital…much too soon! And of course this horrible woman needed Altus’ help at every turn. To make matters worse, Paula plays right into her hands by making Kristin an issue.

Don’t even get me going about Altus. That SOB! allows Kristin a space in his life. 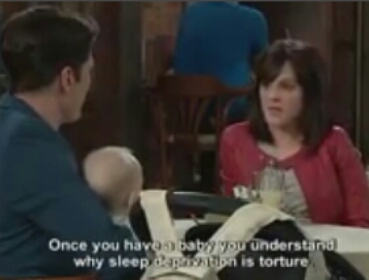 He does everything you would hope your partner wouldn’t do with an ex. And needless to say, some of the feelings between the two are starting to resurface.

Paula saw Altus having a nice little conversation with Kristin in Oppiekoffie while holding his baby.
I know it’s easy to say when it’s not happening to you, but I’m sure I would’ve gone in and joined the little gathering and even played with the baby. So Kristin (and Altus) knows his wife is part of the family. 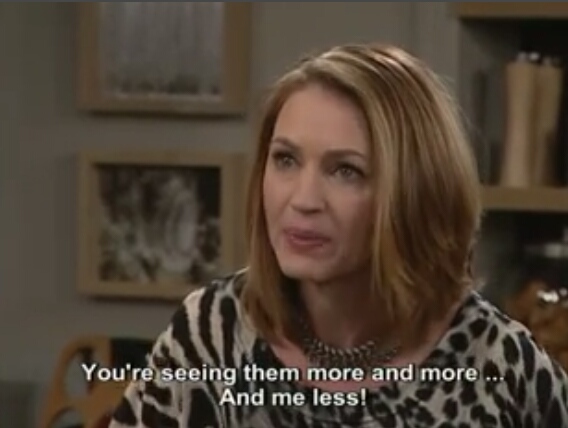 Instead Paula told Altus she feels left out and told him to choose.  He told her to understand that it’s a difficult situation for him. And had the nerve to tell his wife what she’s petty and selfish. 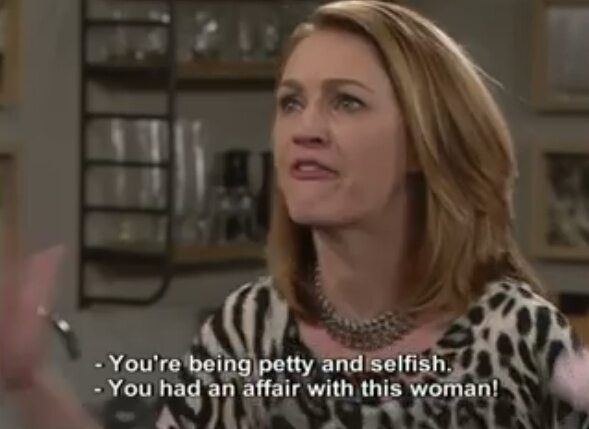 She reminded him if his affair with Kristin and about the fact that he has a baby with that witch when he can’t have one with her.
.
At this point it is probably better for Paula to let Altus go. Because none of them have the maturity to deal with the situation and in the end an innocent child will get dragged into a mess as he grows up.

I have to admit to having murderous thoughts whenever Altus and/or Kristin comes anywhere near my TV screen. I hate that Altus makes as if he’s the victim. He makes promises to Paula ( like…he will tell her when he meets with Kristin) and then breaks his promise the very next day.
…
Elaine could no longer wait for Valentine’s day for her and Willem’s ‘wedding day’. She unravelled more and more over the course of the week. Not helped by her hostage “mother-in-law” who she had tied up and gagged next to the soon to be marital bed.

Not that Willem helped his cause in any way. Telling psycho Elaine that she’s psycho. Seriously! That’s how to not antagonise a psycho. 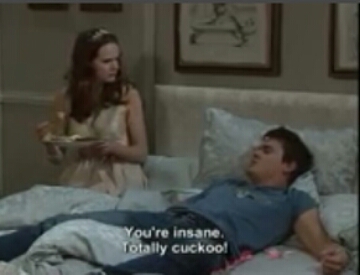 Elaine put on her wedding dress and a tiara – which made her look more like a flower girl than bride.
When she went to fetch some wedding regalia from her car, Felicity escaped and just made it to her cellphone before collapsing. (Elaine had injected her with a sedative.) 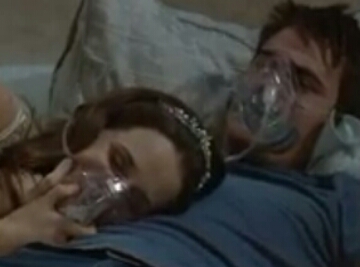 But Elaine wasn’t concerned about Felicity. She had honeymoon plans with Willem. Which included gassing her and her new husband. Sort of like Romeo and Juliet.

I can’t say enough how much Elaine entertained me this week. It’s going to be a sad day when she’s gone.
…
Anna got herself a new job and said goodbye to 7de laan. We saw a half minute montage of her and Marko’s romance. 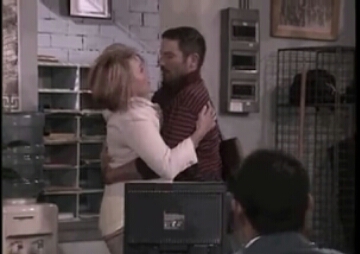 To be honest, that’s about how long the romance lasted before the daily fighting started.
…
Oom Oubaas and Hilda spent the week preparing for their honeymoon.
…
It’s going to be interesting to see how 7de laan recovers once two of the three main storylines end this week. As annoying as Kristin and Altus are, that storyline is pretty intense. The same as Elaine and her psycho drama.