Paula’s been in the mood for revenge this week, after kicking Altus out of their flat last week and then treating herself to expensive shoes and clothing and their friends to expensive meals and champagne .

This week she started packing his clothing into boxes, telling Maria she could sell the clothes and use the proceeds for her guest house in Qwa Qwa. She still paid Maria without hassles for the doing the job.

Next she gave a pair of Altus’ shoes to Oom Oubaas. 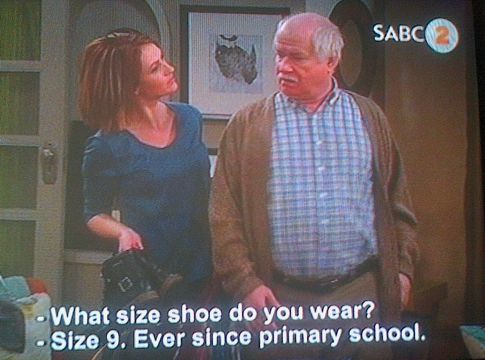 That wasn’t enough, because she followed it up by putting Altus’ expensive car online for a ridiculous price.

Altus in the meantime broke the news of Kirstin’s departure to the Bruynwaves team and told them the reason – he cheated with Kristin and Paula found out before he could tell her. 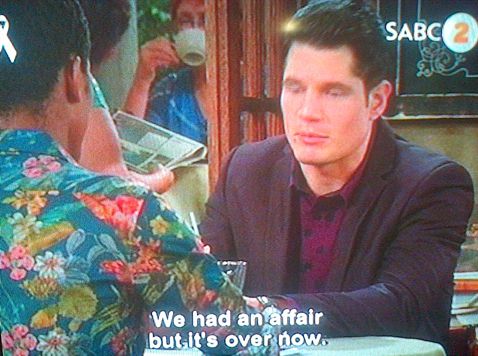 Altus first confronted Maria about taking his clothes, then went to Paula about the clothing and car.

Paula was not hurt that Altus was more concerned about the clothes and car than about their relationship. 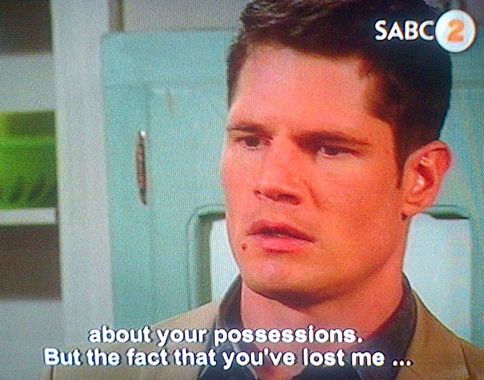 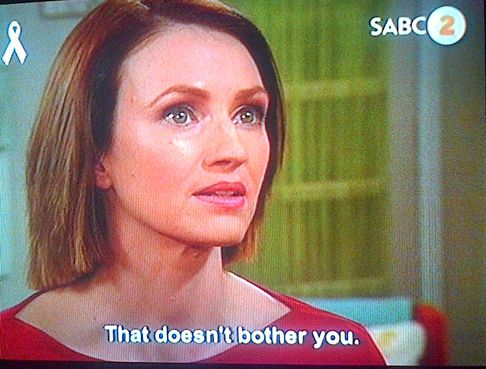 That night while feeling a bit sorry for herself she made a vlog about the affair and her feelings about Altus now. 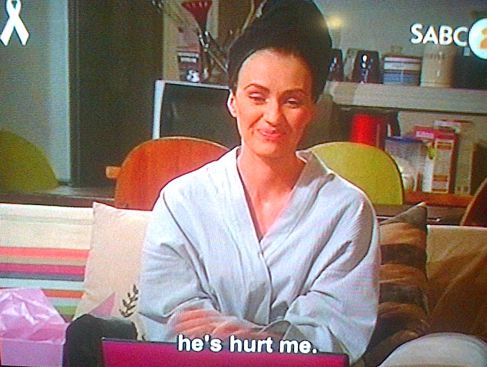 Unfortunately she hit send by mistake and the vlog went live without her knowledge.  The next day she got strange looks from some people and sympathy from others.  At first she thought someone spread rumours about the affair.

Errol mentioned that the vlog was live online. 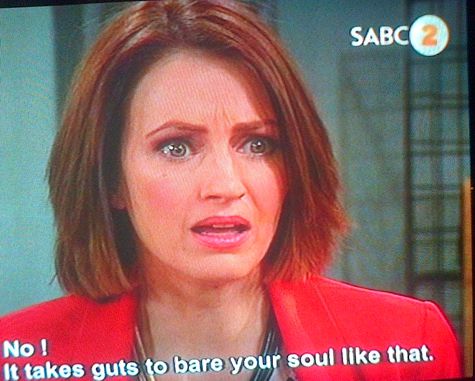 At first Paula was mortified and thought everyone was judging her.  But then Errol told her that the vlog was a success, receiving her highest hits ever. She received admiration, flowers, chocolates and other gifts from her fans

We all know how much Paula loves attention.

Altus in the meantime was feeling regret when he saw the vlog.

I’m feeling a lot less sympathy for Paula and a lot more for Altus as time goes by.  What woman would just accept that her husband had an affair and not at least wonder why. At least be angry with him before feeling sorry for herself.

Paula who has always been my favourite character on 7de Laan just comes across as so self absorbed she can only see her own hurt.  She said it  on her vlog – she wants to hurt Altus like he hurt her.  It’s all about her. Which was fine when she was free and single and ready to hop on the next plane when things didn’t go her way.

Altus lost a daughter last year and his wife just disappeared without telling him where she went. She came back as if nothing happened,like they never had or lost a child.

What he did with Kristin was wrong.  No doubt about that. No defending that.

They once had a great romance, but not the best marriage.  We hardly saw them together and when we did it was always Paula going on and on and on about herself.

I get the feeling Paula and Altus could easily live without each other.