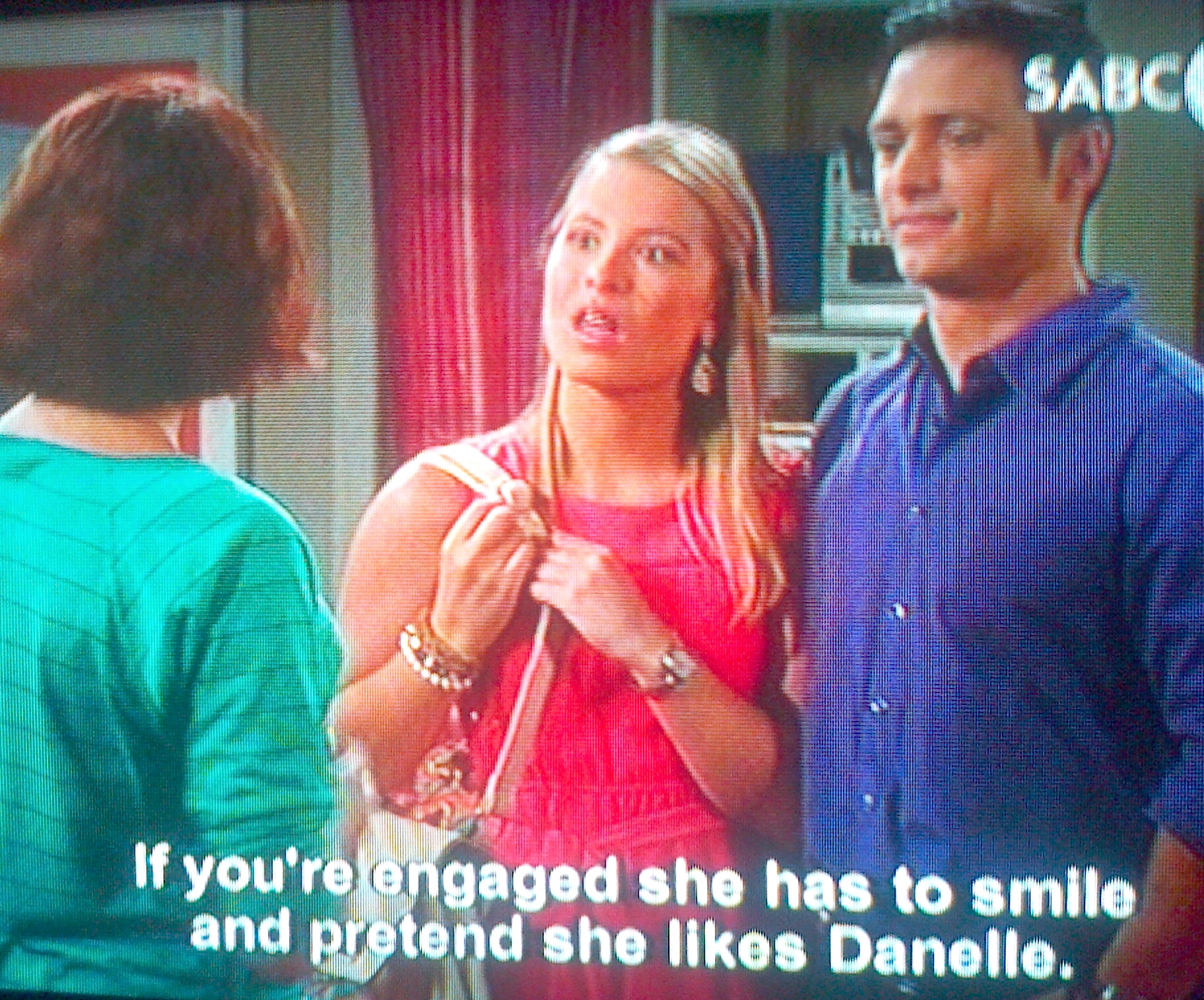 Everyone and their dog on 7de laan has been warning Danelle to be afraid of Bernard’s mother Linda. Who I don’t recall being a monster-in-law by any means. Do you?

Linda was quite a nice, normal lady until her and her family’s paths crossed that of Gita McGregor’s. At that time she had every reason to go crazy because as you too might recall, Gita had an affair with her husband Tim which resulted in the end of their marriage. And she taunted poor Linda, throwing the affair in her face.

Until Tim left his wife high and dry for the scheming Gita.

The affair resulted in the birth of Gita and Tim’s daughter, Ava.

When Tim learned of Gita’s schemes and crimes ( which were a lot more serious than sabotaging Vince and the Deli), he refused to have his child raised in Gita’s environment so he left Hillside and took an overseas job with Ava in tow.

So began Bernard and Gita’s affair.

As could be expected, Linda didn’t take this well at all. Neither did Tim. Of course Gita flaunted this affair too and Bernard stubbornly pursued the relationship with his father’s ex-lover and his sister’s mother!

But back to sweet, respectable girl next door, Danelle…

Kim and Matrone and even Bernard himself are making Danelle nervous about being introduced to Bernard’s mother. They are making Linda out to be this imposing woman who never approves of her baby boy’s relationships.

Danelle, however is no Gita McGregor – in any shape or form!  Next to Gita (and pretty much everyone else in Hillside) Danelle is a saint.

I don’t know of a mother -in-law who wouldn’t think her good enough for her son. Especially since the son, Bernard, is madly in love with the girl.

Bernard and Danelle are so sweet and respectful towards each other in public and when they are alone with each other. They are not your typical soapie high drama couple.

So I’m not sure what there is for Linda not to like about Danelle.

And I don’t know what it says about her friends who puts Danelle down by making her think she might not be good enough to impress Bernard’s mother.

Anyway, regardless whether Linda likes her or not, Danelle should know she is good enough for any man and her friends should be telling her that she is.

Next week Linda arrives so we’ll see how it all plays out.