The hostages of 7de laan and the robbers spent the night on the floor of Oppiekoffie without a bathroom break or supper, it seems. Because as soon as they woke up, Charmaine negotiated with the robbers that first the girls would go fix themselves up in the bathroom and then have breakfast ready. 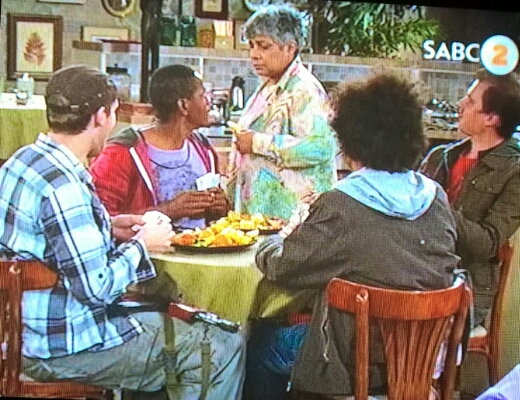 The police was at a loss on how to rescue the victims because seemingly the only way in was through the front door. Which can’t possibly be true due to safety regulations and all. I guess we once again have to suspend belief since this is 7de laan after all. 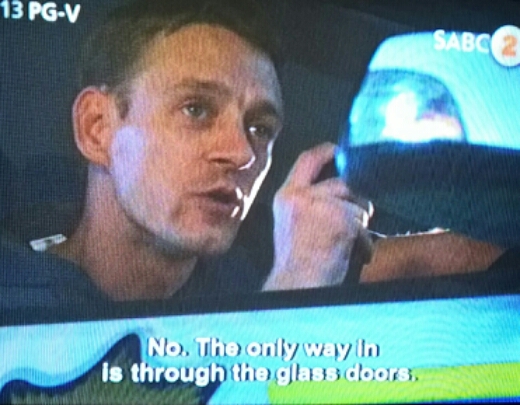 Gita and Ty were discussing how they could be of assistance when Gita remembered an underground entrance. Antoinette heard them and then hid away. I’m not sure why, but guess we’ll find out one of these days. 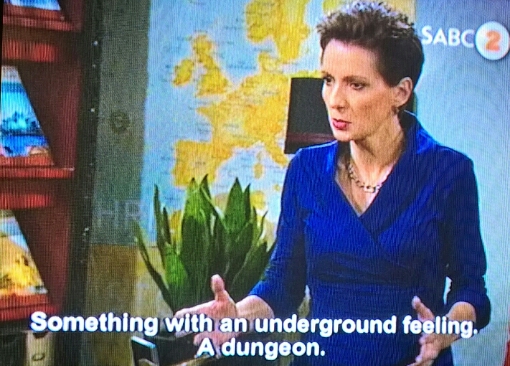 Which Ty then investigated. 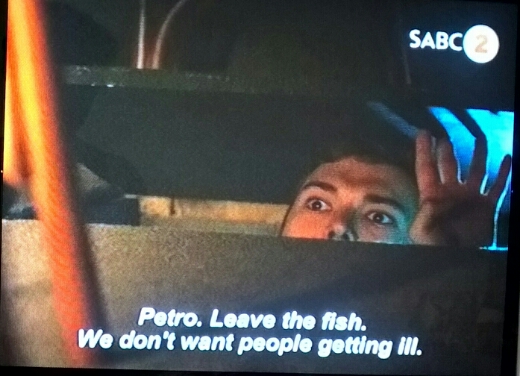 The police were then moved into action.

While the ‘boss’ of the robbers was busy negotiating a plane ride to Entebbe with the police hostage negotiator, his sidekick was harassing the girls. 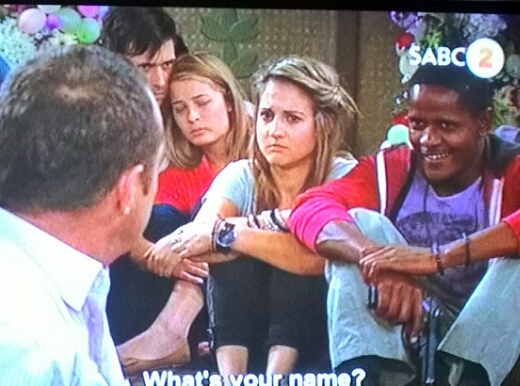 All the while Dr Lynette had a plan of her own. With the help of Herman she asked Marko to pretend that he was in more pain than he actually was. Then she negotiated medication for Marko and a trip to hospital for Oom Oubaas. To which the ‘boss’ readily agreed to without too much hassle. 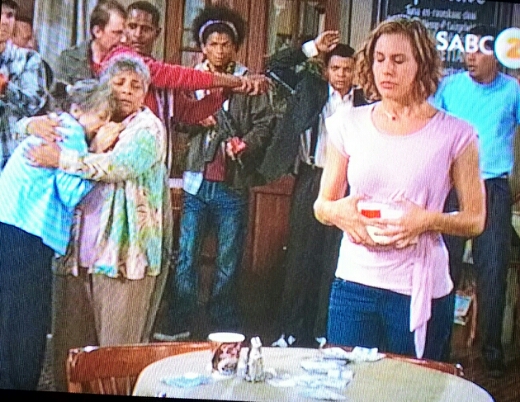 The good doctor obviously had a plan with the medication the paramedics brought because she was very clear on what she wanted. 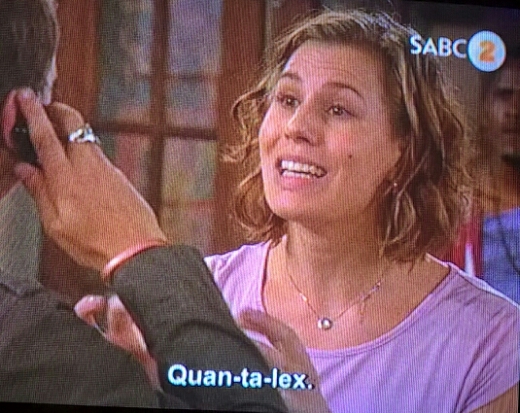 Quantalex! A fictional drug, in case you’re wondering what Quantalex

It’s not often I agree with Kim, but those robbers are amateur hour. 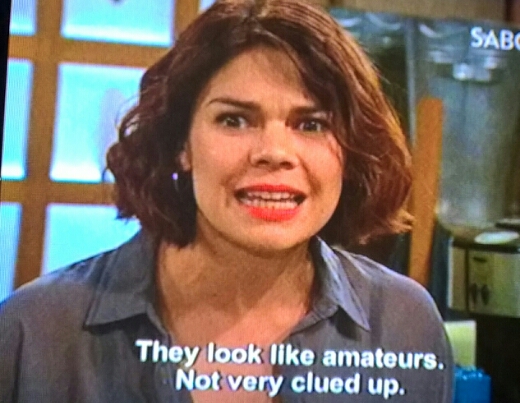