Skip to content
Home7de laanDanelle Dies and #7delaan Moves On

It’s the day after the hostage drama in 7de laan and the police forensics people were in Oppiekoffie taking evidence.

Danelle’s body was removed from the scene with just a few people looking on. Only Maria cried. Felicity, Herman and Nadia looked sad. Kim is obviously not one to show her emotions publicly so that was understandable to a point. Apparently Danelle and a policeman were killed in the shootout in Oppiekoffie. 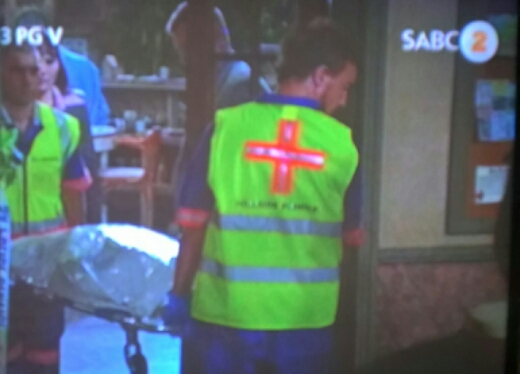 Bernard was shown looking heartbroken and angry back at Ryno’s house. 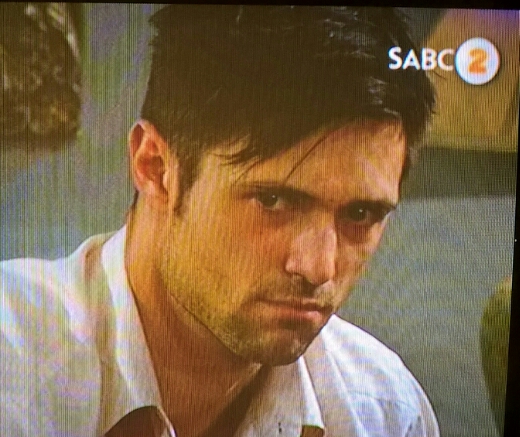 Oom Oubaas was at home recovering from his heart attack. He and Hilda mentioned feeling upset about Danelle’s horrible death. Especially since it was supposed to be a happy occasion for her – her engagement to Bernard. 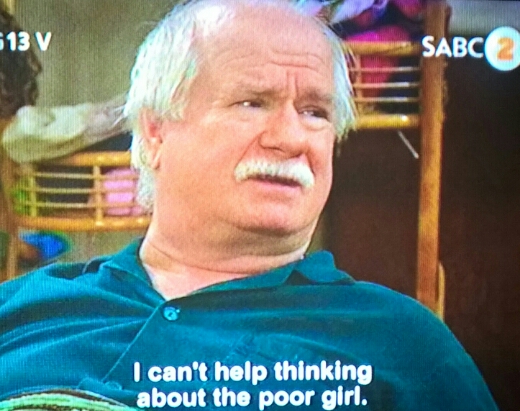 We did find out that Marko was doing fine with only a flesh wound, before conversation turned to Hilda’s slippers which she gave to Dr Lynette as a thank you gift for saving Oubaas’ life.

One good thing to come out of the hostage drama is the end of Bonita and Vince’s estrangement. They finally kissed and made up. Thank the soap opera gods! 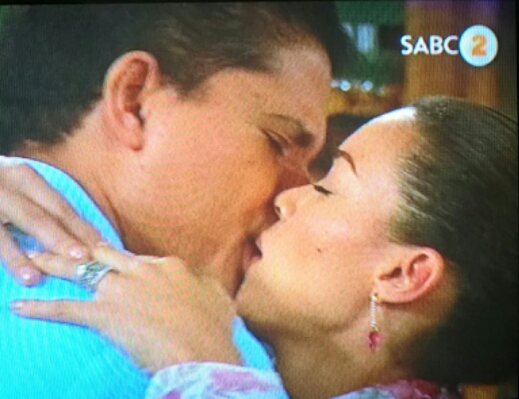 For some reason Ntabi was sitting and working at a table right outside an Oppiekoffie still probably wet with the blood of her supposed friend and roommate. You would have thought she and Paula had never met Danelle by the way they were discussing Paula’s love life in between talking about work. 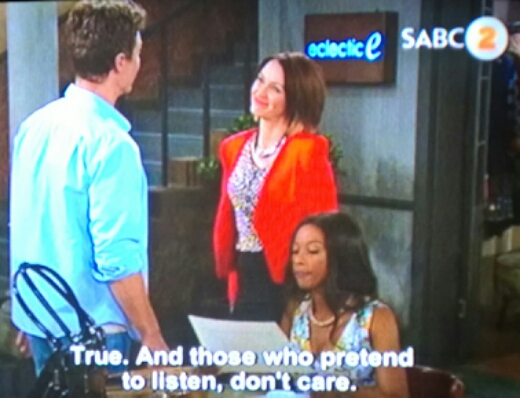 It’s poor Lindile’s death all over again. You would reckon that since two of their friends died in the last three months these people would be just a bit sad.

Paula even made a date with Eben right there and then to join her for a theater review and dinner.

Back at the Hillside Times Errol did look upset when he said there were photos of Danelle amongst those he took in Oppiekoffie. Neville called him a hero for taking the photos. Seriously? He was freaking stupid and unnecessary. We’re not talking about warzone photos here. 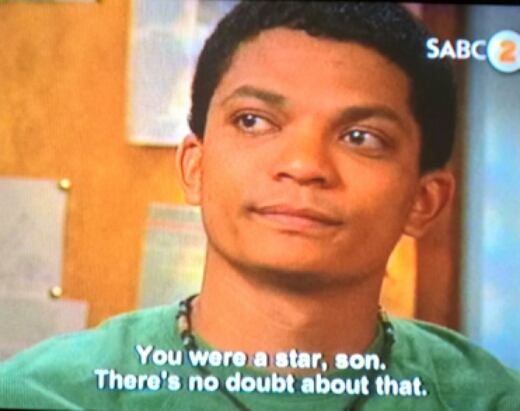 Dr Lynette and Ryno were talking about their future in the Deli. To be fair death does makes people think of the future before it’s too late.

Sonja was still shaken by the experience of her baby being yanked out of her hands by the gang of robbers when she, Wian and her mom went looking for Maria at Eclectic E to thank her for rescuing Wian. 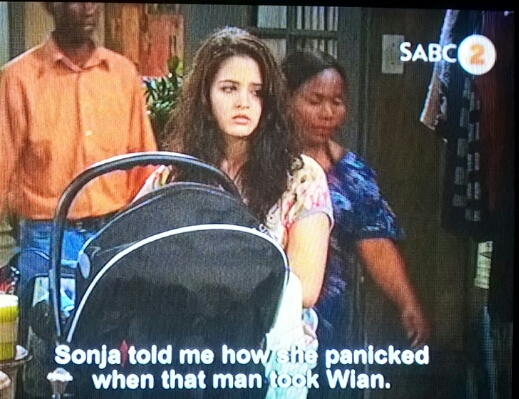 It was good to see the cutest little baby in the soapie world again. 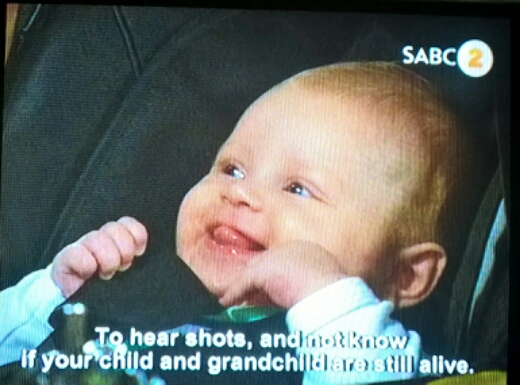 Back at the Deli Dali caught sight of Hilda’s slippers and thought it would be fun to “spoil” Ntabi with a pair of the “Romeo and Juliet” slippers. Again Ntabi looked far from mournful about the sudden and violent death of her roommate.  This whole scene was too inappropriate to even write about. 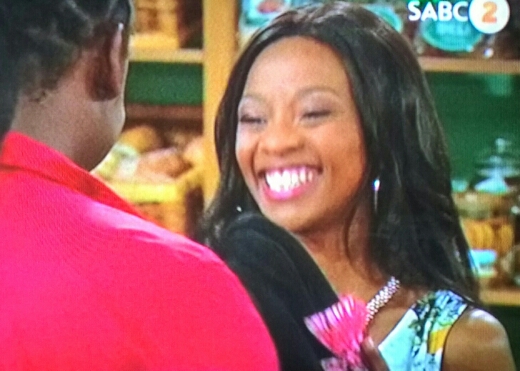 Antoinette visited Ty and told him that she gets a strange feeling every time she sees him. And then they too kissed. 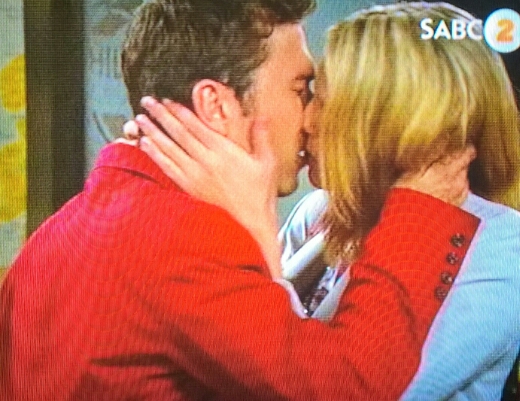 And Paula went on the earlier mentioned date with Eben. 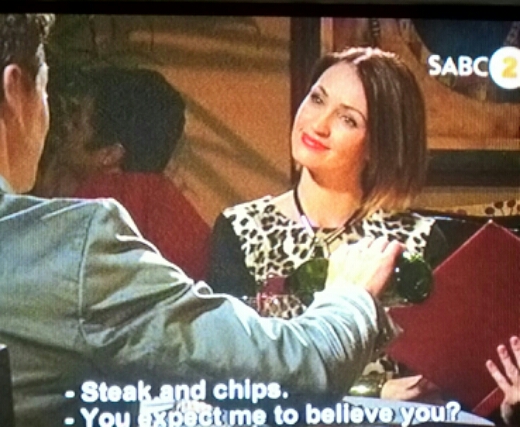 The only person who seemed in the least bit affected by Danelle’s death was Bernard. He was angry with his mother and angry that someone as gentle as Danelle had to die like that. He said they were going to have a future together…get married. 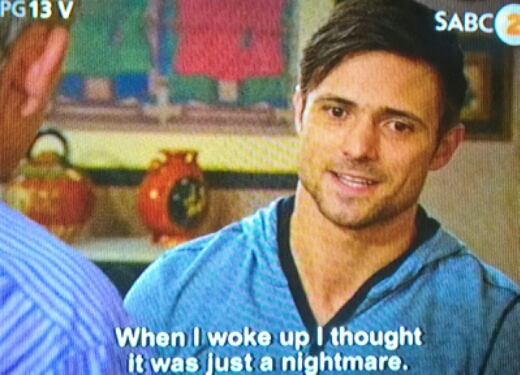 He regretted not standing up to his mother when she humiliated Danelle. And mind you Linda asked if she should come to the funeral. The nerve of that woman! 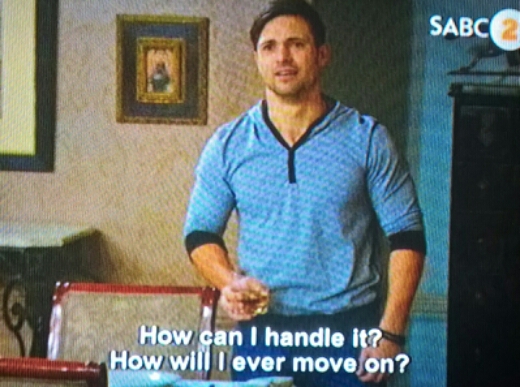 What was disappointing about tonight was how hardly any time was devoted to the reactions of Danelle’s colleagues and friends to her death. Maybe they could have done it over one or two episodes. Laying flowers at the door of Oppiekoffie and maybe talking about her life and dreams. And maybe mentioning how much they will miss her.

No doubt we’ll see a few more reactions over the next few days in between the usual silliness that is 7de laan. Ending with a memorial service or funeral with tears and eulogies. Then just like with Lindile, within a week or two everyone will continue where they left off like Danelle never existed.

7 de laan writers could have at least given today and tomorrow to remember Danelle’s life with flashbacks and her friends talking about the good times before continuing business as usual.