When we last saw Paula on 7de laan, she was all packed and ready to go on an African safari with Eben to the Victoria Falls with tons of new clothes and matching jewellery in loads of suitcases. 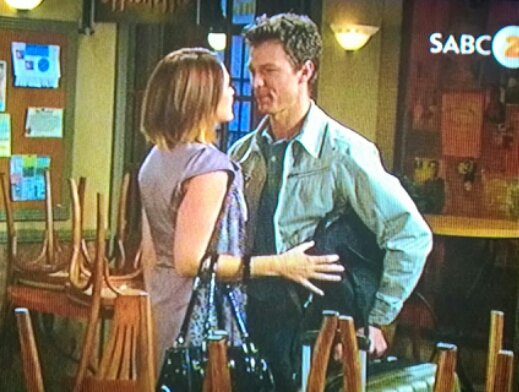 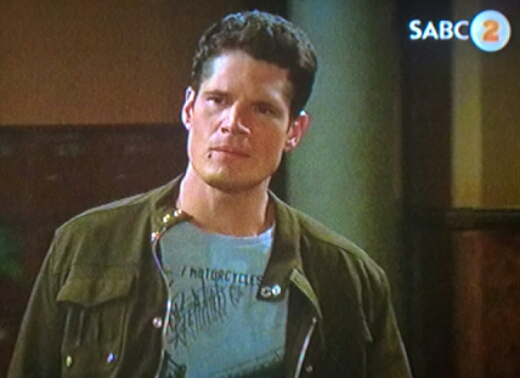 When we tuned into the soapie tonight we found out that Paula had not gone on safari after all and Altus got a haircut. She told Eben that she couldn’t go.

Eben said she just wanted to use him to make her ex jealous. He wasn’t prepared to put up with that nonsense. It’s by time these men stop making Paula believe she’s the soapie god’s gift to all men. Thank goodness Eben wasn’t into p!saying Paula’s games.

And he left without her. Lets hope he isn’t gone permanently! He would make a nice little toy boy for Gita to keep her out of trouble 😉 And at the same time be eye candy for viewers. 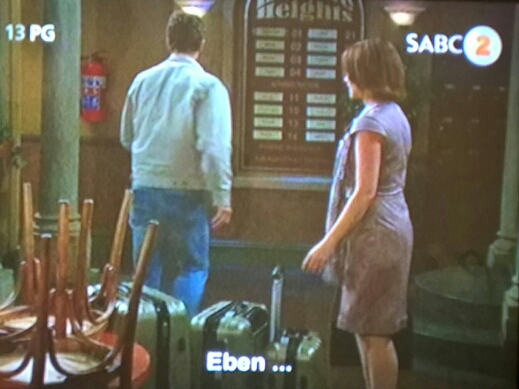 Altus was again like a bear with a sore head at the office. Grumpy as anything.

When Diederik wanted to know if it’s Paula causing his bad mood. Altus told him not to mention her name.

He said she took off with that guy, flirting all the way. Altus saw what we saw…is all I’m saying. 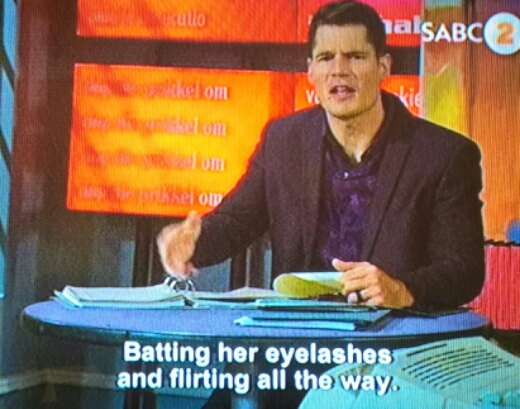 Altus was as furious as we’ve ever seen him. He said just one glance from a man and Paula falls for him. 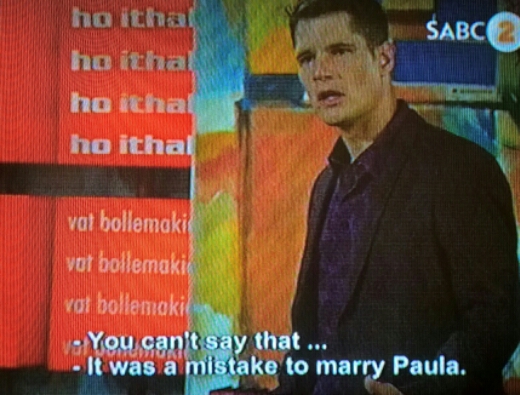 He said it was a mistake to marry Paula because she’ll never be happy with one man when an opportunity for adventure arises.

He said this was the final straw it’s over. He’s getting a divorce. 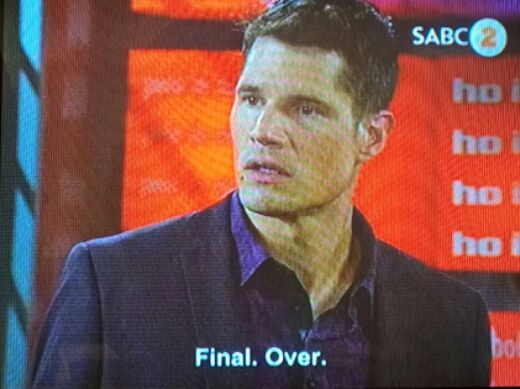 Meanwhile Paula arrived back at the office and thanked Aggie for making her realise she was throwing away her marriage. If she had gone with Eben it would have been the end of her and Altus. 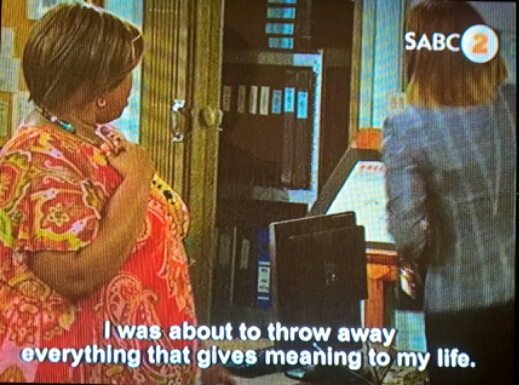 She said no one can take Altus’ place. He’s the love of her life…her friend, lover, soulmate, everything and started planning their perfect reconciliation. 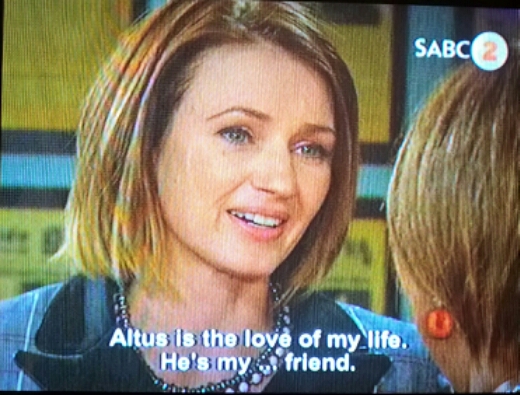 Before the planned reconciliation could take place, Paula and Altus ran into each other outside Oppiekoffie.  Paula tried to tell Altus that she was back to stay.

Altus wanted to know what Eben did to make her drop him.

She said it’s him and not Eben she wants. 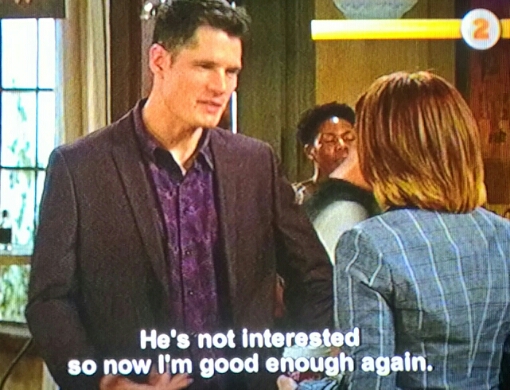 Altus, not unrealistically – knowing Paula, thought Eben was no longer interested and now he’s good enough for her again. 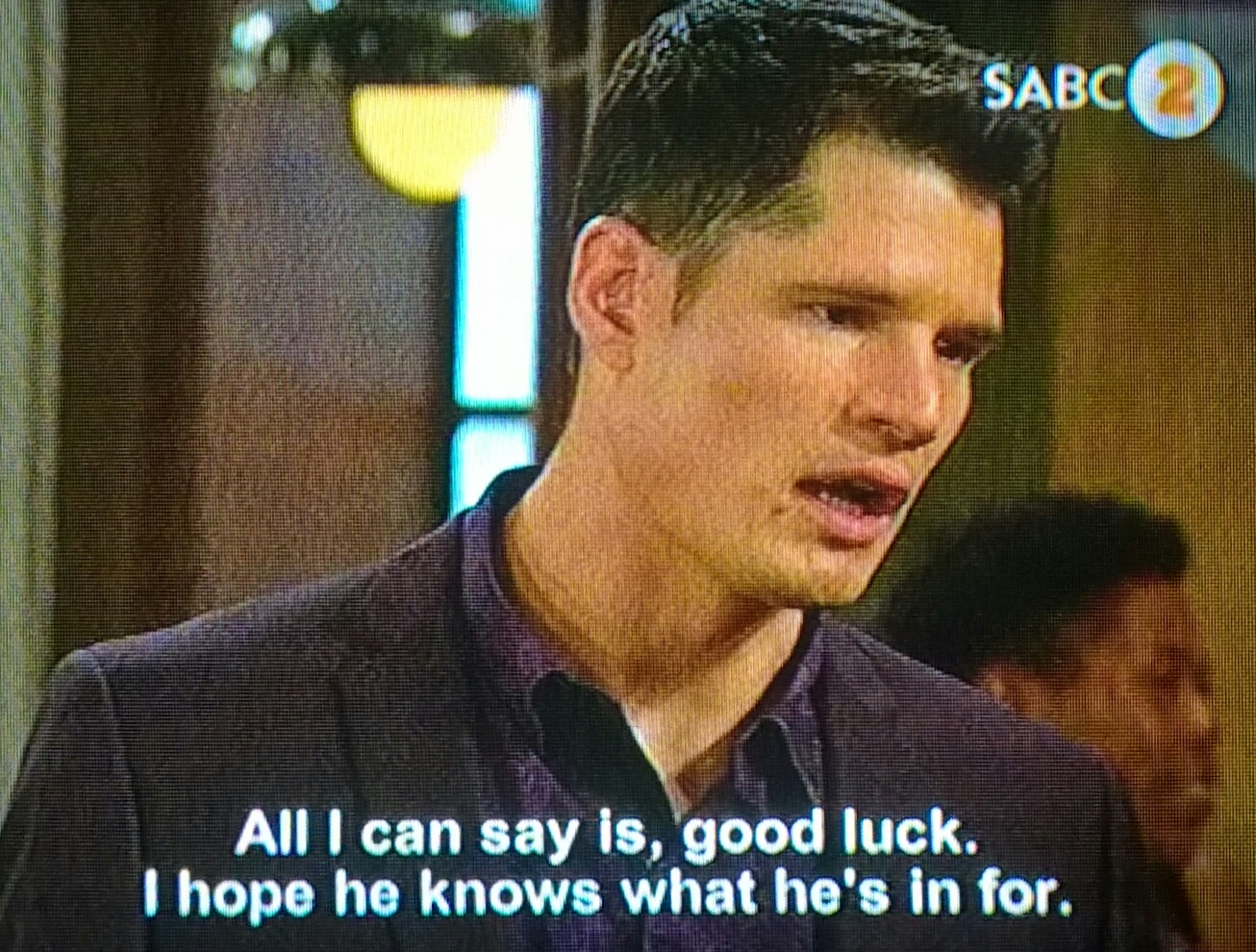 …
Before this month is half way through we will likely see the next van de Lecq /de Bruyn reunion. Let’s just hope these two grow up.

And we never have to see these versions of childish Paula and sleazy Altus again. Paula is no longer 25 years old so please let her act her age, 7de laan writers. Take her forward not backwards.

It wouldn’t have been a bad idea to let the two divorce, except then we would be subjected to Paula on the loose. Please no! We don’t deserve to see that ever again.