Priya decided to move back to Durban with Hiranya to live with her parents for a while. The last straw was another of Rajesh’s girlfriends confronting her. Followed by Rajesh declaring his undying love.

To avoid the mess Rajesh created, she decided to take herself out of the equation.

We even had one single scene with Brad and Priya discussing her departure which Brad heard straight from Rajesh’s mouth. 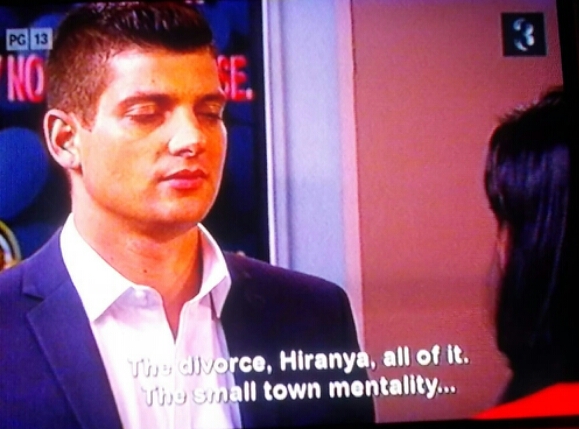 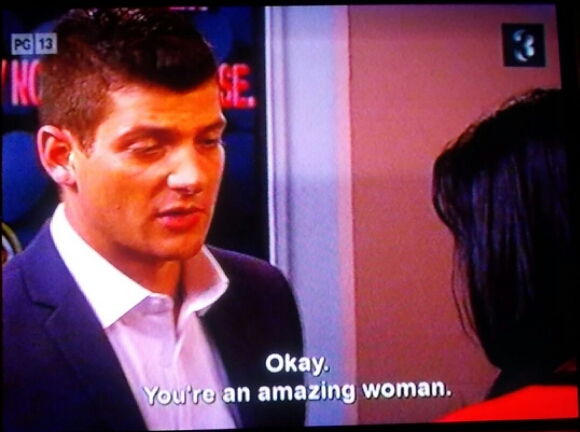 What a disappointment this storyline turned out to be.  There could have been a myriad of ways that Isidingo’s writers could have ended Priya’s time on The Deep instead of this boring, damp squib of a way they chose. Like her having to choose between her job and a hot, passionate, but short term romance with Brad.

Rajesh gets the girl – as crazy and stalkerish as she is – and Priya gets nothing other than a transfer to Durban. Not even a kiss from Brad.

So, so disappointed that Priya had to leave because of Rajesh who is as boring as hell.

Sechaba returned from Ghana and for some unknown reason started clinging to Lerato making all kinds of declarations and wanting to hang out with her and Skhumbuzo all the time.

And for his part, Skhu went on a date with a very voluptious woman when Charlie said Lerato wasn’t interested in him.  Lerato was shocked and jealous when she saw Skhu with the woman.

The two, Lerato and Skhu, decided they couldn’t be together because of of their friendship with Sechaba.

At least Sechaba noticed that Lerato was looking a lot more calm than before.  As long as this triangle is kept alive and not dropped like Brad and Priya and Calvin and Charlie, then I can live without Lerato and Skhu being together for a short while.  The two are both more together when they are together.

Frank has an interview planned with Barker Haines and Lincoln Sibeko and after some drama with his regular producer, assigned Calvin to the task.

This storyline just bores the hell out of me.  Sometimes I find my mind drifting for entire scenes, but I know there was a death threat against Frank.  I’m not sure what is going on here because whenever anything was happening at Sibeko Gold, Barker or Katlego was on the phone with a journalist. So that story was already told in print.  So I’m not sure what other dark secrets there are.

Oh and every now and then resident psychopath, Benjamin le Roux, rocks up and makes threats about who knows what.

Most importantly, who the heck cares about television debates between two nobody mining executives in Horizon Deep?

And then there is Frank Xavier, and his only very slightly less annoying son, with his self-righteousness. OMW! I can’t stand that man.