Generations the Legacy was filled with drama again last week.

Namhla confirmed that she was pregnant after multiple tests. She failed a test at school, was nauseous and couldn’t eat breakfast and was miserable with her mother (not unusual for her).

She did some research online and then went to the abortion clinic for pills. In her school uniform with her name badge on it. 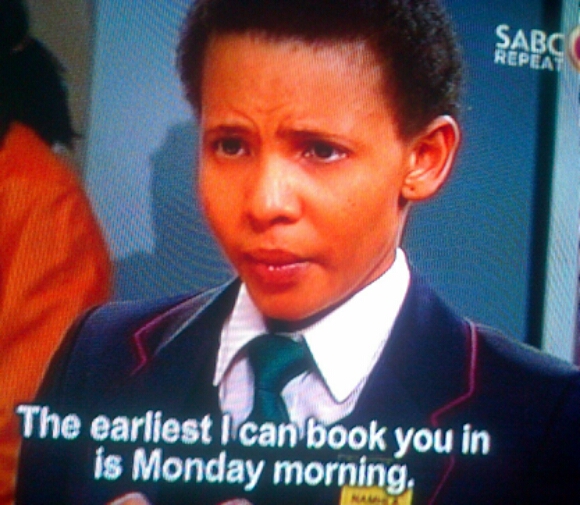 She was told that since she was 10 weeks pregnant she had to have an a procedure done at the hospital.

Later she told Kyle about being pregnant and that the dad was Mr Sokhulu her teacher that she had a crush on and relentlessly pursued.

Lucy decided to give Namhla some tough love by not putting up with her moodiness. Her reaction to Namhla’s pregnancy is going to be something to behold! Shame, she wants the best for her daughter and now the child is right where she was many years ago – in matric and pregnant.

Tshidi meanwhile went all ghetto on Karishma, beating her up for messing with her husband.  With Nolwazi’s encouragement, Karishma went to Gadaffi’s house to ask for help after she got fired from her job.  He wasn’t home, but instead Tshidi intercepted her husband’s former mistress.

Later she arrived at Karishma’s home and when the earrings came off, you knew what was coming next. 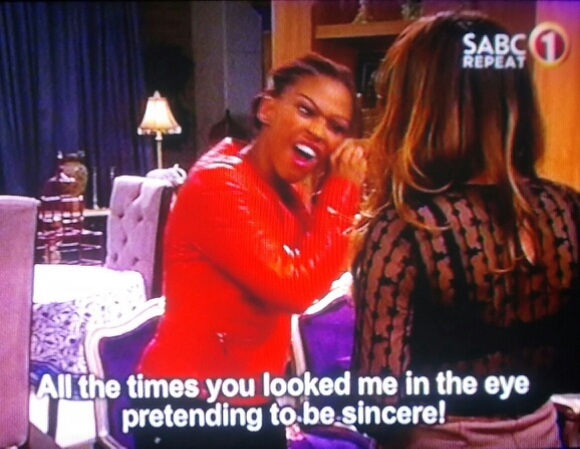 With more encouragement from Nolwazi, Karishma then reported the assault to the police who promptly arrived at a #hastag meeting and arrested her. 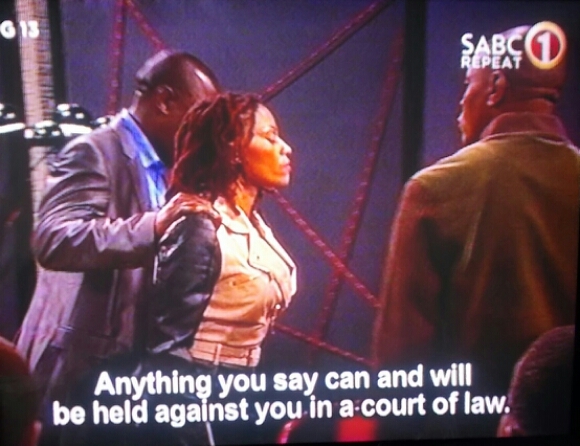 Gadaffi wasn’t happy at all with Karishma and made his own threats against his former mistress. 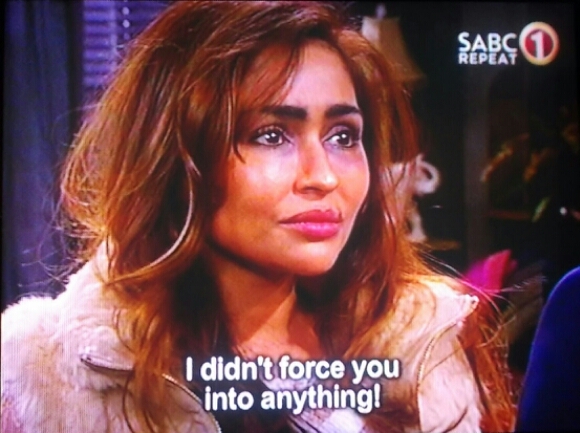 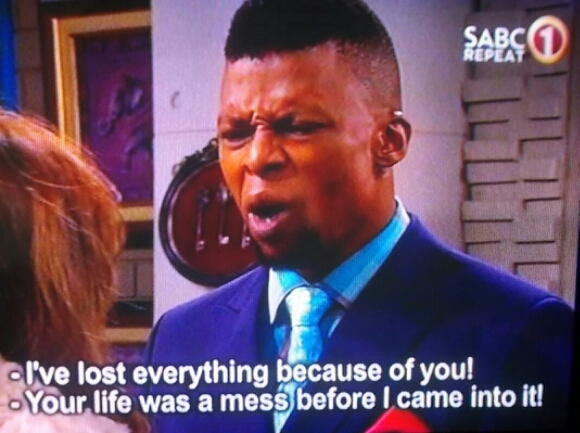 And that wasn’t the only thing the handsome villain got up to last week.  Not happy with Tau for not appreciating him killing Abe the blackmailer, Gadaffi turned up the heat on Tau.  Getting Angela to ask Tau questions about Abe in front of Karabo.  And getting Abe’s sister to do the same. 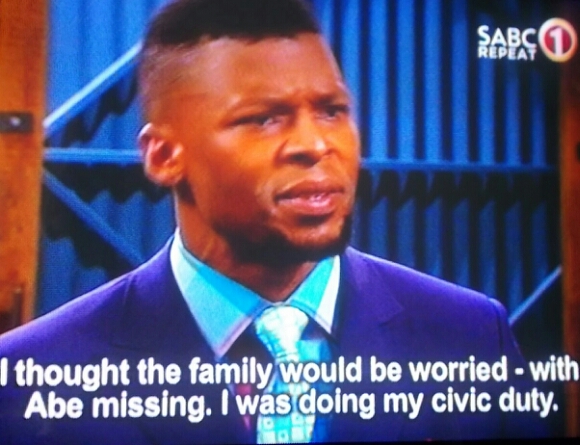 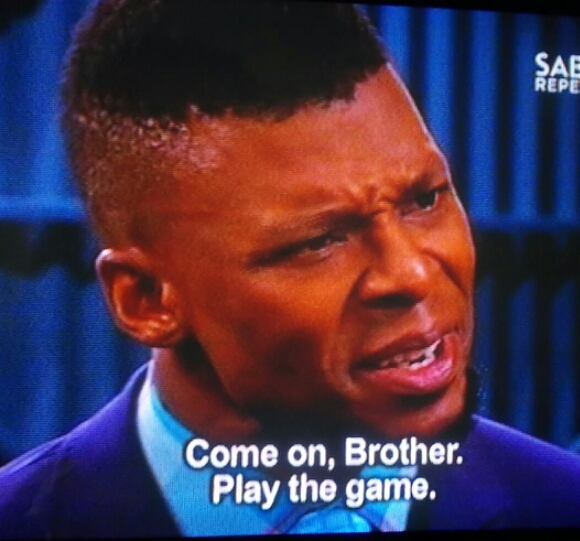 Ezweni was approached by a model to launch a marketing campaign for her lingerie line and Smanga and Mawzi took to doing market research. Smangu using Simphiwe his brother’s fiance and Mawzi hitting the club scene.  Was it just me or was there some chemistry there between Smangu and Simphiwe?

Mawzi meantime unknowingly told Nolwazi about the account and Nolwazi immediately told her boss Gadaffi.  So #hashtag World also got the client to allow them to pitch for her.

Mawzi is such an idiot.

Nolwazi wasn’t all business, she spent most of the week looking for a boyfriend – in the clubs and online.  She found a profile for Siya on the dating site and proceeded to tease Angela about not being enough for Siya.

Angela was not amused and threw a mini tantrum when Siya arrived to bring her flowers. 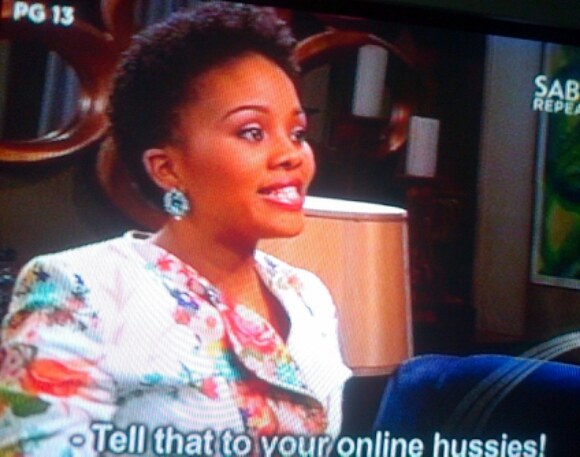 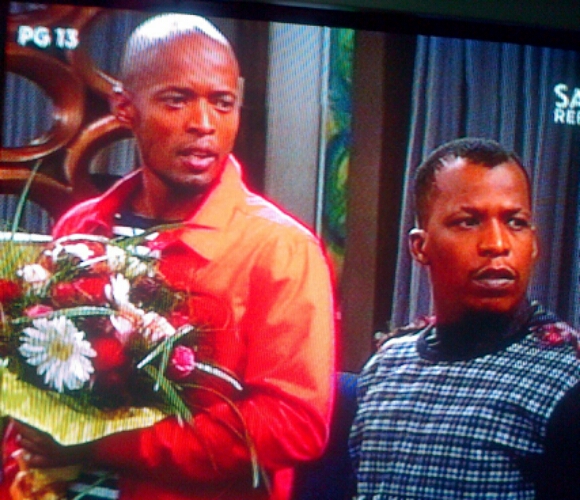