After finding out from Nolwazi that Siya still had an online dating profile with a picture updated a week ago, Angela was hurt and angry. 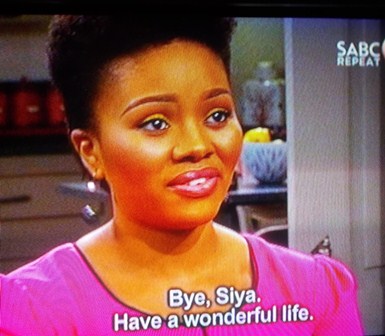 She soon confronted him.  First he said the profile was an old one and then he said they weren’t together at a week ago  when Angela brought up the updated picture. 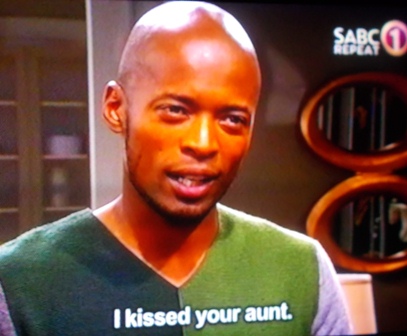 When Angela wanted to know if he had any other secrets, Siya hesitated for a bit and then told her that he had one.  He kissed Karabo and that it meant nothing other than being a challenge.  That’s just totally ridiculous.  Who kisses their friend’s step mother for a adrenaline rush.

But Siya is hot, if not very smart so we’ll forgive him. 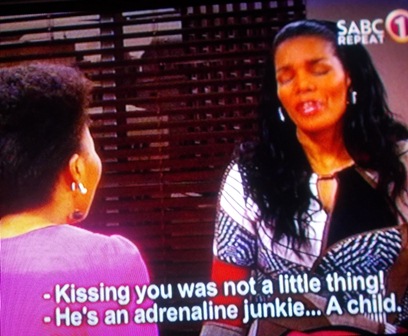 Unsuprisingly Angela wasn’t as forgiving at first.  She told Karabo what Siya told her about the kiss. Karabo said Siya was an idiot and like a child.

Until Siya approached the following day.  He told her that his is the result of his spoilt upbringing but that she makes him want to be a better person. And he wants her in her life. 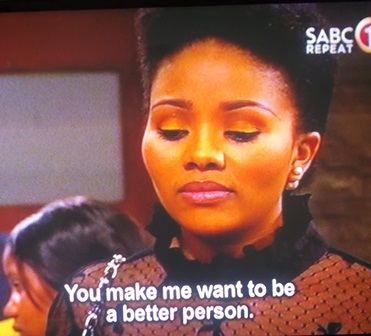 Angela to her credit forgave him immediately and accepted a dinner date at Siya’s home.

And after what seemed like a lovely meal, wine and a rap number, Angela offered herself as dessert. 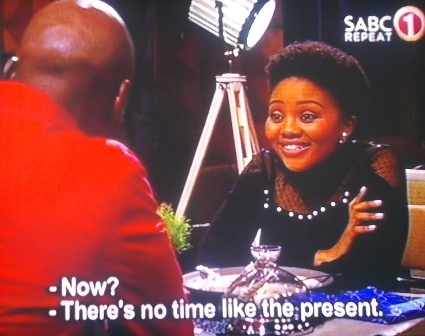 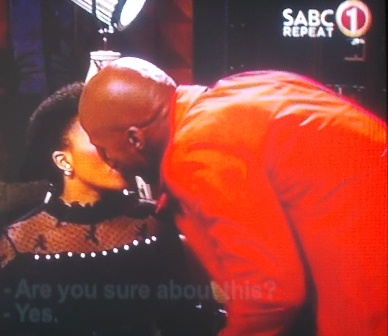