Things are happening so fast in Generations the Legacy that I can hardly catch my breath. What used to take a whole year before is now happening in a day or a week. Sometimes it feels like things are happening too fast, but rather too fast than too slow, right.

Tau and Gadaffi were at each other’s throats again. Kumkani put the heat on Tau by continuously bringing up Abe’s disappearance in conversations with Karabo and having Abe’s sister ask questions too.

Tau got worried and came up with a brilliant plan of his own. He had some a photoshop job done one a few photos of Abe making it look as if he was alive and well and partying it up in Ibiza. This seemed to satisfy Karabo.

Until Kumkani got upset when Ezweni won the lingerie account against #hastag World and Tau rubbed his nose in it. He actually said Kumkani is used to losing to him.

That was just the motivation Gadaffi needed to put it all on the table. He told Karabo that Tau killed Abe! Later Tshidi told him that all of them would get into trouble if Karabo went to the police. But Gadaffi was so angry he hadn’t thought of the consequences. 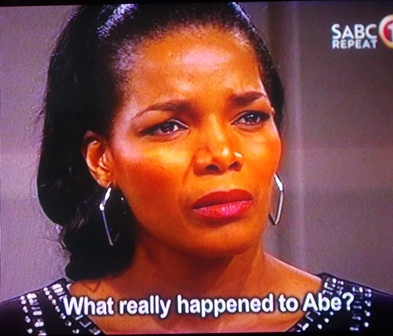 Later that night Karabo confronted Tau when he arrived home. And he admitted that he was there when Abe was shot. He actually told the truth. That Kumkani killed Abe against his wishes.
Karabo though was livid! She wanted nothing to do with Tau and was at one stage considering going to the police.

Tau was now the angry one. He confronted Gaddafi and told him if he loses his wife, he will be coming after him. Gaddafi called Tau an ungrateful dog and Tau in return told him to stay away from his family. 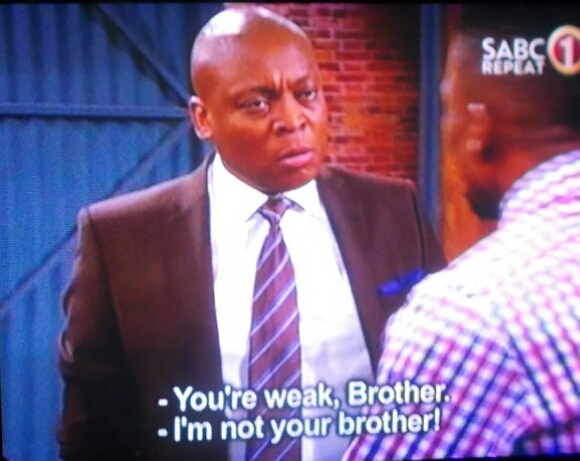 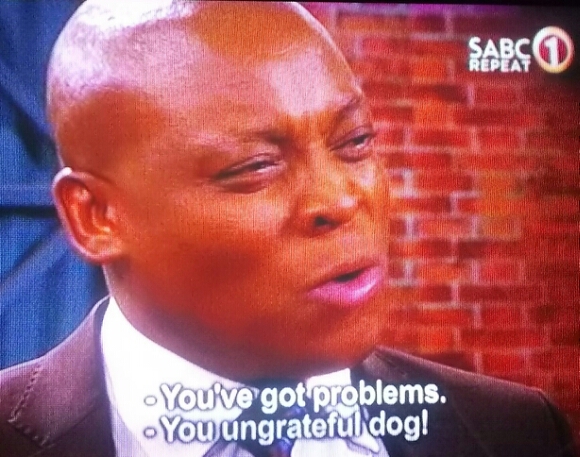 It’s nice to see Tau stepping up a bit. However, he is playing at Gaddaffi’s level now. Low. Very low.

That wasn’t even the only things Gadaffi got up to this week. He dissed his wife Tshidi at a #hastag world meeting and gave her ideas to Nolwazi to carry out. Before that he humiliated her first be telling her that he would see whatever other woman he chooses and then he tried to pay of his previous mistress against Tshidi’s wishes. I feel a bit sorry for Tshidi even though she deserved some of what she’s getting. She doesn’t deserve to be treated so badly by her husband.
Smanga and Mawzi both came up with a pitch for the lingerie campaign for Miss Scarlet. But Mawzi’s pitch seemed to be bore the heck out of the model. But Smanga on the last minute delivered his pitch. With Abe’s sister draped over a desk dressed only in lingerie.
This pitch landed Ezweni the account.

Angela and Siya made up – which you can read here and Angela started a new job at Ezweni. Something to do with staff development and training. After one day Angela was already bored even though her father told her to do whatever she felt needed to be done. She probably just misses hanging out with her friends at work. Because she gave her new job no chance whatsoever.
I like Angela, but she was behaving like a spoilt brat – which she probably is.

After a second attempt at getting an abortion was thwarted by a zealot anti abortion activitist and an overworked nurse, Namhla decided to try an abortion at a private clinic. So she called her ex-teacher Mr Nathi Sokhulu to give her money for the procedure.
He at first didn’t believe she was pregnant and wanted nothing to do with her until Kyle told him that he would be there for Namhla even if Mr Sokhulu wasn’t.

This little talk seemed to change the ex teacher’s mind. Because he then invited Namhla over, asked her not to abort their baby, cooked her a healthy meal, put her on his medical aid and took her for a scan with a gynaecologist. 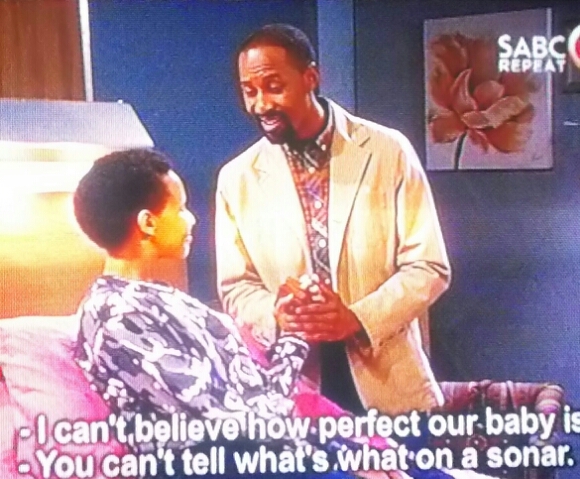 And when she asked where to from here, he said they would raise their baby together even if he met someone else. He then suggested his family meets her family for a meal and they would tell them without the pregnancy. Just not Cosmo – who in Namhla’s words would kill Nathi. 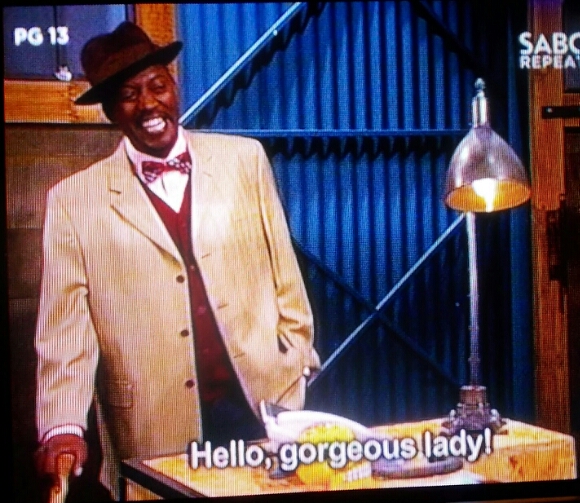 And after meeting a much older gentleman and a man with shoe fetish, she ran right into Mr Right while buying coffee. 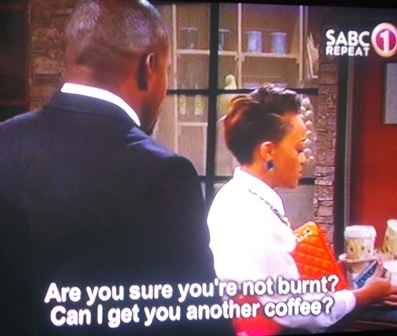 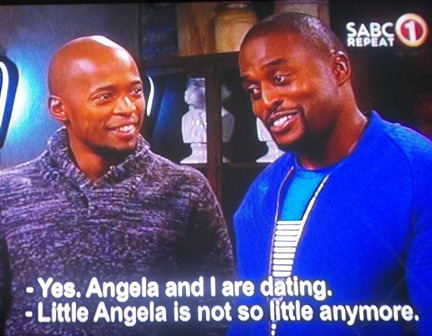