Last week on Generations the Legacy, Gadaffi got shot during a robbery planned by Tau. You can read about that here.

Tau was very concerned for him and was at his brother in law’s side while he was unconscious. 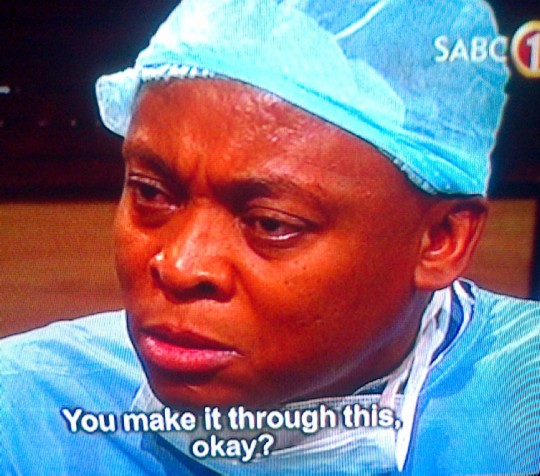 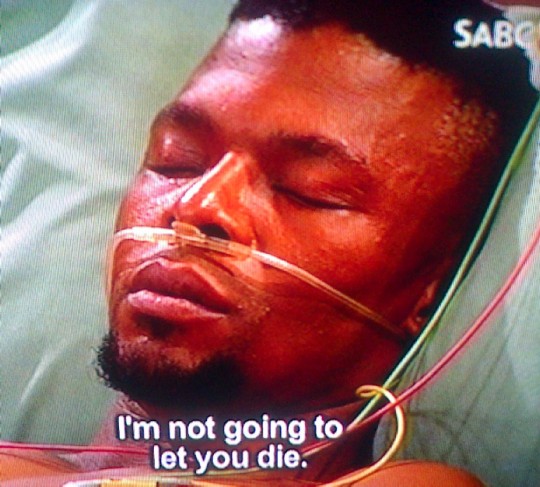 When he woke up in hospital, the doctors discovered that Gadaffi had no movement in his legs.  Which infuriated the gangster. Revenge was all he could think of. 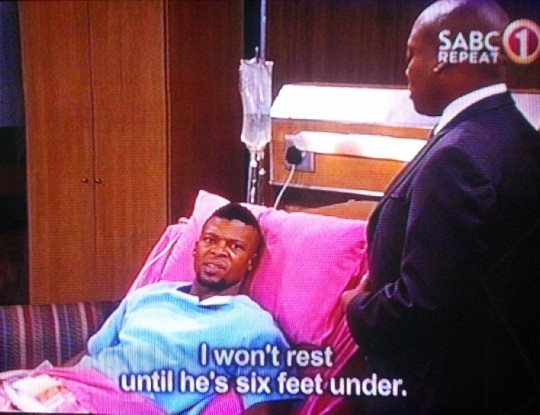 He remembered  the person who was in charge of the heist had a (fake) spider tattoo on his hand, so he instructed his henchman Cosmo to look for someone with a similar tattoo.

Cosmo used all his prison and street contacts, but to no avail. Further angering his boss.

Tau visited his brother in law again and encouraged Gadaffi to turn over a new leaf. Gadaffi though swore he would find the person involved and shoot him.

Karabo point blank asked Tau if he was involved in the shooting. The look on his face gave her the answer. But he also confessed everything, once again disappointing her.

She did marry him when he was about as bad as Gadaffi, so I don’t know why she is so shocked every time he’s involved in a crime.

Tshidi, on the one hand concerned about her husband’s health, took charge at #hastag World.  When she felt out of her depth, she roped in her niece Angela to be second in command.  And Angela used inside information and a bit of encouragement from aunty Tshidi to pitch for an Ezweni account. 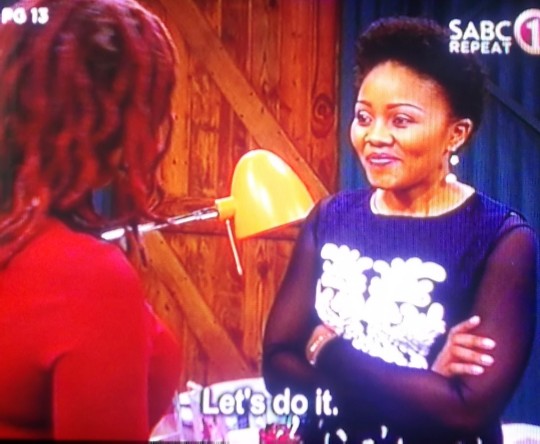 Namhla decided to have an abortion the day before her 18th birthday. Read more here.

If she thought that life would just carry on where it left off before her pregnancy, she was wrong. Firstly Mr Sokhulu was heartbroken and angry that she “killed” his child.  He turned up drunk at her house and gogo Flo saw his hurt. 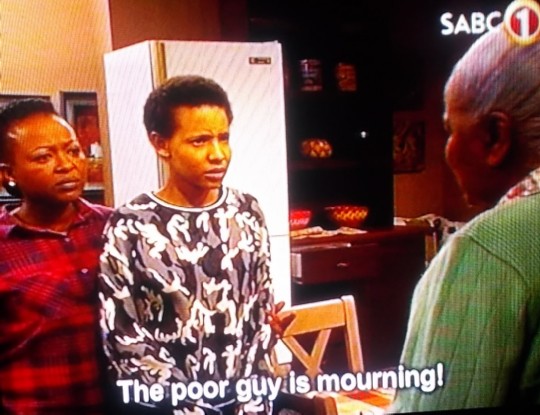 And her grandmother was just has upset how casually Namhla was going ahead with her life. She told Namhla to consider Sokhulu’s feelings.

Later when Namhla went to talk to Nathi Sokhulu he wasn’t in any mood to hear her explanation. 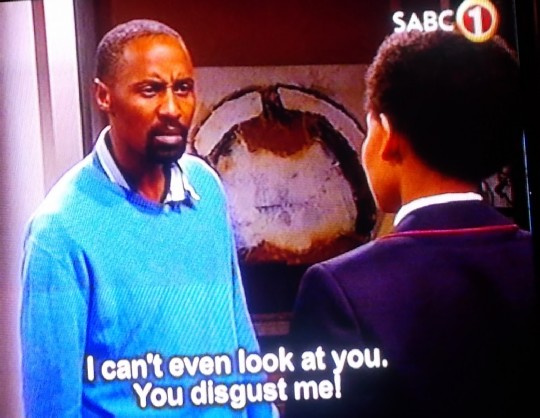 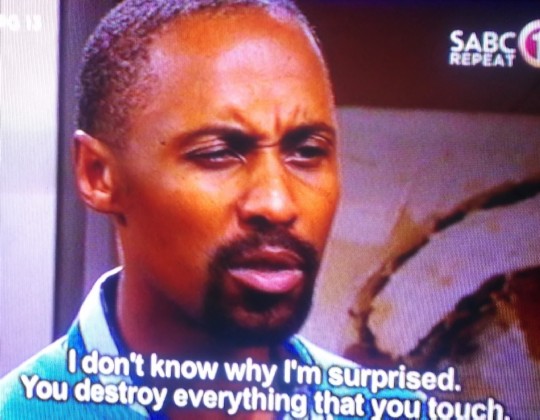 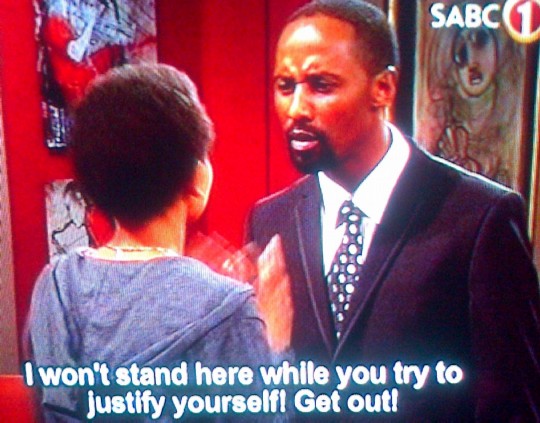 Next Namhla lost her varsity bursary after she  told the bursar about the abortion.

The man wanted nothing to do with her after that. She shouldn’t be bothered with a bursar who wants to control her personal life anyway. What kind of ethics does that man have? 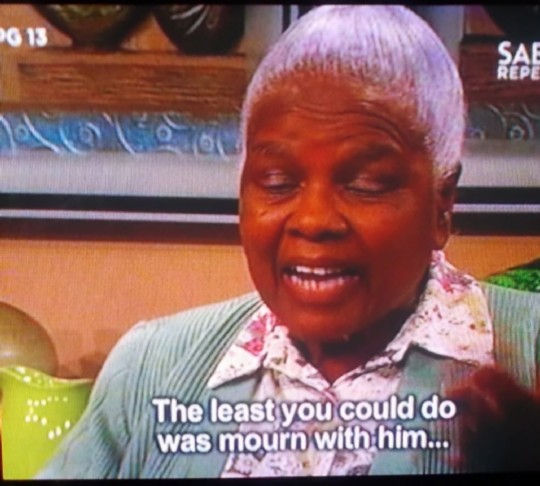 Then her grandmother angrily told her to cancel her 18th birthday party.

Kyle took Namhla out to a club for her first legal drink on the night of her birthday where Namhla further unravelled. She got drunk, danced with a group of men she didn’t know and arrived home erthe next morning. Gog’Flo was making breakfast when gh Namhla walked through the door – drunk.

Getty, unaware of the drama in her family, found out she had high blood pressure.  Her doctor put her on a diet and she tried to rope Mary in as well, unsuccessfully. Nolwazi was a lot more encouraging, dragging Getty to gym.

Mary got an unexpected invitation from Karabo to move into the Mogale mansion until the baby’s birth. 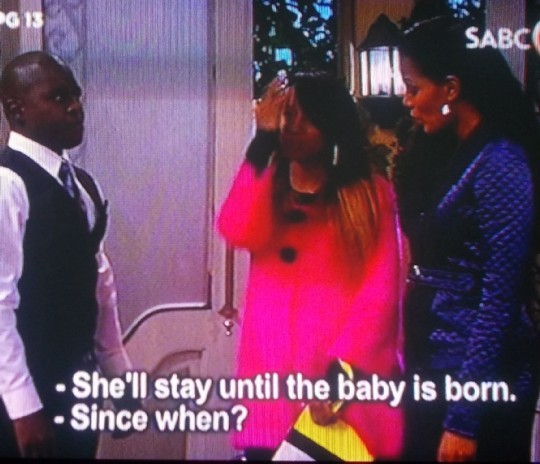 You never saw a happier person than Mary! In her mind, she saw a picture of her and Tau being together again. 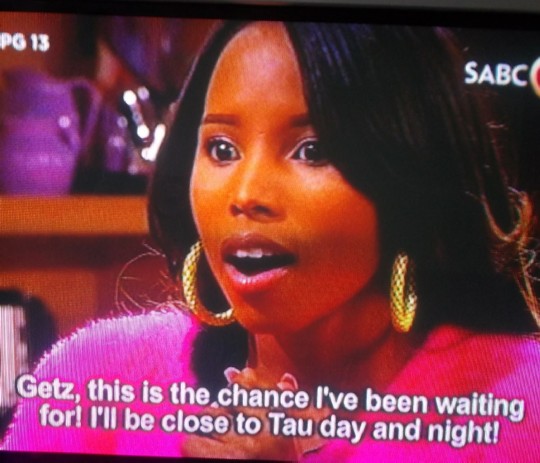 When Tau saw her arriving with bags in tow, he voiced his concern to his wife. She told him that the baby is the only thing she has left.

Well that and Siya’s dad, Zola, who seems to run into Karabo quite often these days.

Smanga was unhappy with Thabi during her Scarlet lingerie photoshoot.  Everythings she did was wrong in his eyes, even though Karabo and the photographer were satisfied with her photos. 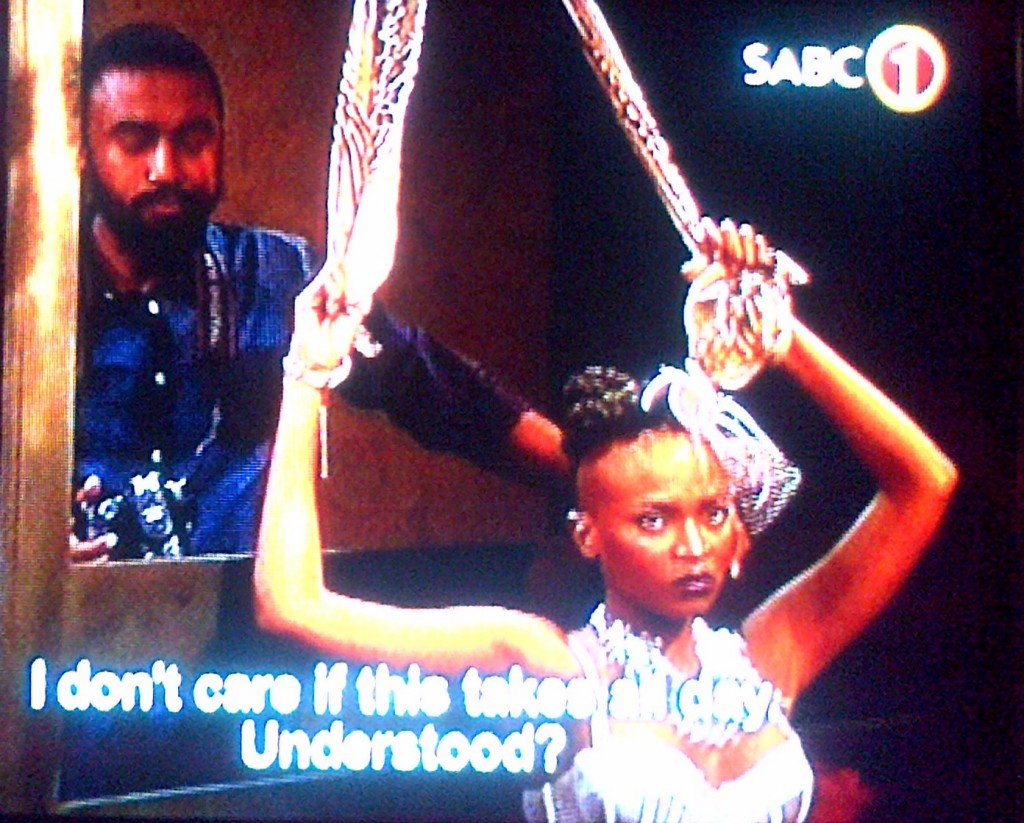 Thabi though knew that Smanga was just upset because he couldn’t have his way with her because of his control issues. He needed to be control all the time even if it meant sabotaging her photoshoot.  Smanga even tried to get Thabi fired! But Karabo and Miss Scarlet herself disagreed – they thought Thabi was the right model for the job.

Mawzi meanwhile was getting friendly with Nolwazi. And his wife didn’t help matters.  She invited Nolwazi to have lunch with her and Mawzi and then the two left Simphiwe out of a conversation they were having. 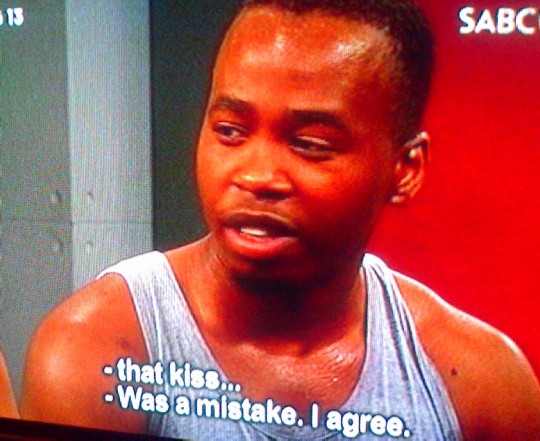