Last week on Isidingo Duma pursuaded Sechaba to allow him to take a nap in his house – against Sechaba’s better judgement.  By the time Sechaba returned home later that day, he found his microwave was gone.  Fortunately the tv was too big to carry or that would’ve disappeared instead! 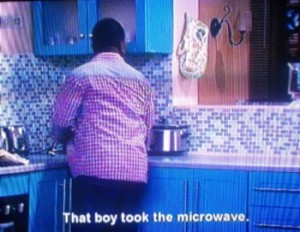 Duma then tried to sell Zukiswa’s real pearl necklace to Nina Zamdela for R2000, but the woman isn’t Bra Georgie’s daughter for nothing. 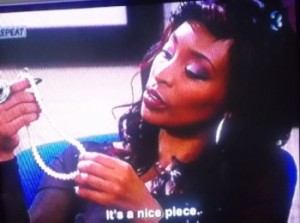 She gave him R300.  She said she would pay R2000 for the name of his drug dealer, but Duma wouldn’t budge.  Why is he so afraid to name the dealer??

Pastor Gabriel was called in to deal with Duma. He invited the nyaope addict to visit him at the church, but the only reason Duma even went to the church was because he saw a gold pen in the pastor’s pocket. 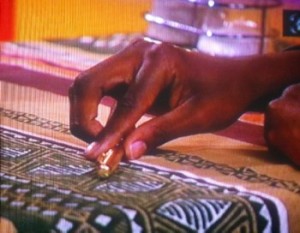 But Pastor Gabriel wasn’t going to take it lying down.  When he noticed it was gone, he summoned Duma to his office and after a vicious looking prayer, Duma was seemingly cured of his drug addiction and wanted to start making amends by returning the stolen items to its owners. 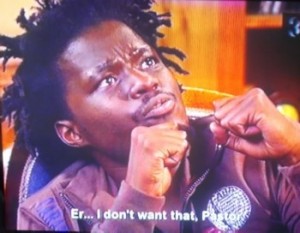 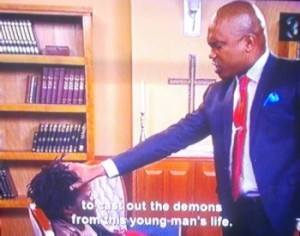 As if…I don’t know what else went down at that church, but prayer alone won’t help a drug addict stop using in one single day #justsaying.

The not so good pastor also found time to flirt with Lerato at her salon, then turned sheepish when Nina walked in.  Reminded me of some men I worked with in the past who wanted to keep their options open 😉

Lincoln decided to help get Calvin back into the country and with help from Angelique and her contacts on the ground sent his plane to rescue Frank’s son.  Charlie’s parents warned her that he might not be the same when he arrived back in Horizon Deep.  Although when he did arrive at the hospital at the end of Friday’s episode, he clung to Charlie as if for dear life. 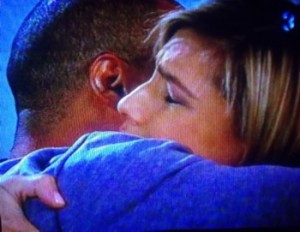 Calvin and Charlie together again at last. 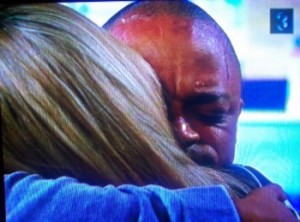 Calvin hasn’t yet seen his dad in hospital, so who knows how he’s going to take that.

Rajesh was still taking it upon himself to teach the adult Bradley Haines life lesson – in a very sadistic way.  Taking pleasure in humiliating Brad. 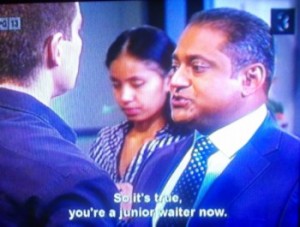 Let’s hope Rajesh reaches some sort of epiphany on Mount Kilimanjaro and comes back a grown up again. It must be when he dated a young Zak that caused Rajesh to become so childish in his middle age.

And Samantha went around mixing it up with Barker and then Lincoln. 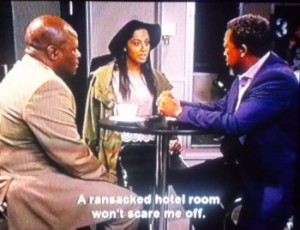 Grrrrrrr as if anyone should be afraid of her.  For her trouble, Samantha Sharma had her room ransacked.  Argghhh there are a few characters I just tune out most of the time and Samantha is one of them.  Too annoying for me. 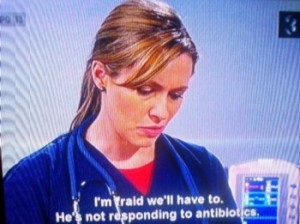 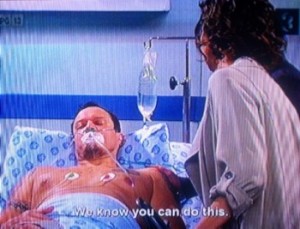 Nikiwe spent most of her time glued to her ex-fiancee’s bedside.