Skip to content
HomeIsidingoFrank Xaviers Women Through the Years on Isidingo

When Frank Xavier (Kevin Smith) was shot a while ago, he had three of the women who were in his life right there, outside the hospital room.  Dr Beth McNamara, Nikiwe Sibeko and newest woman Angelique Scott.

Before them there were Priya and Lolly and Natasha…

The first woman I can remember in Frank’s life since he arrived in Isidingo (please correct me if I’m wrong in the comments below. I tried getting confirmation via Google) was Natasha Wallace played by Jo da Silva (Gita of 7de laan). Jo da Silva and Kevin Smith were dating at some point during her time on Isidingo. 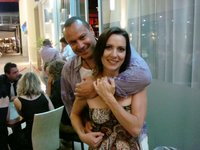 Frank and Natasha showed romantic interest in each other around mid 2006.  She was a presenter at ONTV with a daughter.  The daughter went to live with her father in Australia and Natasha eventually left around the end of 2008 to be with her.  Jo da Silva was cast in 7de laan and went from the bland Natasha to the fabulous Gita McGregor.

Frank didn’t let and grass grow under his feet.  In fact he started developing feelings for Priya Naicker while Natasha was still around in late 2008. 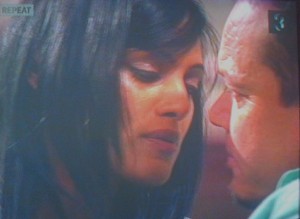 Frank wasn’t interested in commitment, but Priya was. He was still seeing Priya when in June/July 2009 Lolly de Klerk (Kim Engelbrecht), declared her love for him.  And later he for her when Lolly was on her way overseas to get away from her feelings for Frank.

But then in true soapie fashion Priya found out she was pregnant in July 2009 – although not even Lolly knew this at the time. Frank still wouldn’t commit to Priya and when Rajesh offered to marry her, they did so in September 2009.

Frank dated Lolly until she found out that Priya’s baby, Hiranya, was his child.  They broke up early 2010.

Frank eventually found himself in the right frame of mind for marriage with Lolly in December 2011. After a lot of games and silliness before they got closer again in July 2011. 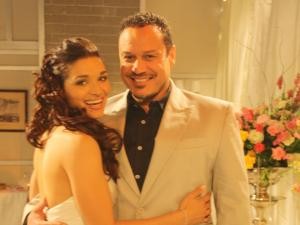 The marriage didn’t last long at all.  Lolly found out that she had a serious nervous system disease which would lead to severe illness and death.

She didn’t want Frank to see her suffer.  So she slept with Len because she thought it would push Frank away.  But then she found out that in fact she didn’t have the disease and had hurt both Len and Frank for nothing. Frank and Lolly split up  in April 2012 and divorced when Kim Engelbrecht left Isidingo. 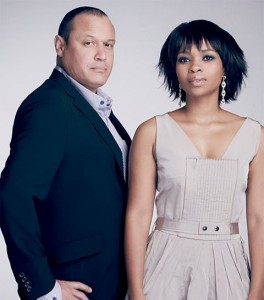 Nikiwe is the daughter of Frank’s comrades in arms, Lincoln Sibeko, during the apartheid struggle years.  Nikiwe found herself pregnant, but lost the baby in June 2013.

Nikiwe and Frank had an up down relationship that started mid 2012 – mainly because of Nikiwe’s family and their drama – and during one of their downturns close to the end of 2012 Frank met Dr Beth McNamara (Mary-Anne Barlow). 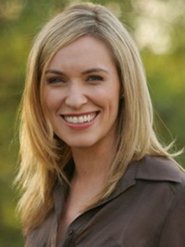 Frank and the doctor’s relationship eventually just fizzled out somewhere along the line.

It was while Frank was dating Dr Beth that Frank and Nikiwe discovered they were expecting a baby. After the baby died Frank and Nikiwe got close again.  But their troubles with the conflict between his job and her family continued. Even though Frank proposed marriage to Nikiwe again, she declined.

Frank comforted Priya during her divorce at the end of 2014, but nothing came of that.

He showed interest in and a kiss or two with Angelique Scott (Shannon Ezra) a week or two before he was shot. 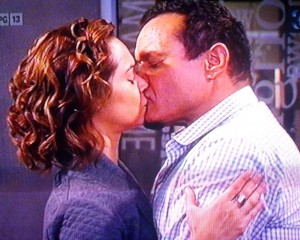