Last week we saw the very last of Franco on 7de laan. But before he left with his pregnant wife, he first left Kim in no doubt that she stood no chance with him. 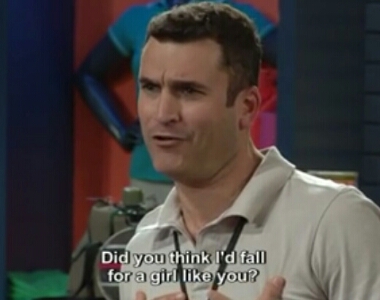 He obviously isn’t a very nice person, but his wife followed him out of Hillside like she’s used to the affairs.

I would’ve had a tiny bit more respect for Kim if she had just taken it with good grace and moved on. But no…this silly woman still demanded an explanation from Franco. He’s married, dammit, end of story. Move on. And what woman in 2015 doesn’t do her research before dating a stranger?

Kim then went around looking for sympathy. Sympathy for what, I don’t know.

Kim makes me sick, but so does Diederik. I hate it when people who aren’t victims act as if they are. No one told Diederik to date Kim again. In fact he was discouraged from doing so.

And Marko, now that he’s dated two of the most boring women – Anna and Emma – in 7de laan history, he seems to have forgotten his own womanising past. Arghhhhhhh very few of these people in 7de laan have room to judge others, yet they do.

The best part of 7de laan last week was Hilda and Matrone. I never in all my soapies viewing life would’ve imagined the day would come. But I loved every moment. From when Hilda told Matrone to make a bucket list and then added ikebana to the list when Matrone wouldn’t. 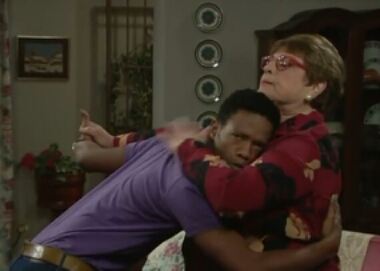 I loved the tango with Sifiso and the trip Hilda organised via Gita and Ty for a trip for Netta to Peru. 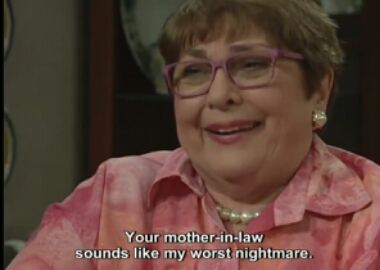 But my favourite was the sushi eating date when they chatted and laughed.

None of it felt forced or silly.

I also kind of liked Felicity taking charge of her destiny by organising a virus for Ty’s computer and then calling him on his bluff to call Herman. I like this version of Felicity. 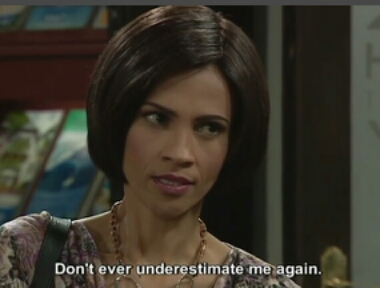 However I don’t think she’s being as smart as she thinks she’s being. Because with or without that recording, Herman will blow a gasket if he finds out about the kiss. The only way out for Felicity is to tell Herman herself. It’s easier to make as if it was a nothing kiss than to go to all the trouble of covering it up.

Pulane heard from Xander that her assault case against Sifiso’s friend was heading for court. And Pulane isn’t keen anymore. I feel bad for her. It seems realistic to not want to go through that hell again. 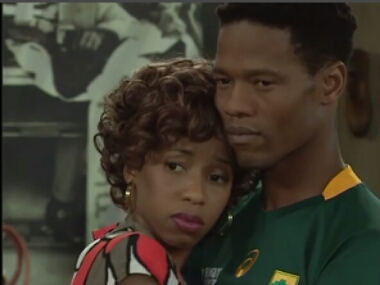 Now that Vince told Bonita he’s ready to start a family with her, he decided to find his son. All of a sudden we saw a child who isn’t related to a character on the show.

Herman tried to get the new owner of The Heights do I don’t what. Cancel the sale? Sell it back to him? The man hasn’t yet paid for it and Ty is patiently waiting .

Willem tried to make peace with his dad. Too soon, Willem. Far, far too soon. Even I wanted to throw Willem out of T&T.

I don’t know where Willem is staying, but he now works at the bookshop – temporarily anyway.

He did get in a dig at Ty again. 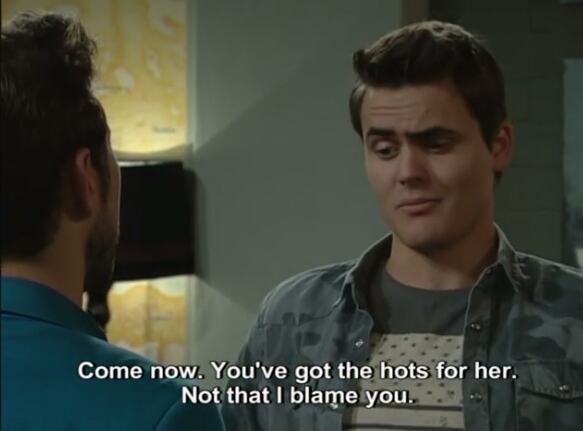 Telling Ty he wouldn’t go after is girl, Gita. That was funny, because of course no one knows those two are related.

Anna was made editor at the Hillside Times and Paula and Altus arrived  back from their honeymoon.

Sonja’s parents are moving to Durban and it looks like she will be joining them since leaving Wian with a babysitter again isn’t on the cards.

And Dewald is up to something with his drug dealer. He took the drugs, but isn’t selling it in Stasie Ses. I can’t say I care about this story and pretty much ignore it.