Since I last recapped 7de laan, Paula broke Marko’s heart on.  It was pretty obvious that she wasn’t in love with him and only wanted a baby from him. But poor Marko got swept up in the emotion (and probably lingering feelings from their previous time together) and thought they had a chance at being a family. 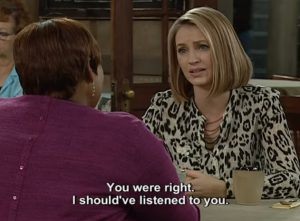 When Paula found out that she wasn’t pregnant, she decided that it was as good a time as any to reconsider the way she wanted to start a family. Marko was angry and upset with her.  Paula received an offer to do a fashion shoot in Mauritius, putting an end to the romance that never was. Anyone who thinks Paula and Marko would’ve made a good couple doesn’t know Paula at all.

It’s been the Tarryn show on 7de laan for the last few weeks. The wicked witch from the Cape turned nastier since the last recap. 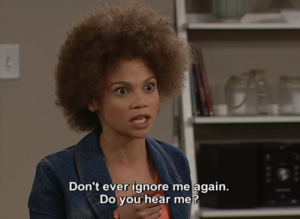 She tried to separate Errol from his family and friends by telling lies and manufacturing situations to make Errol think that everyone was against her. 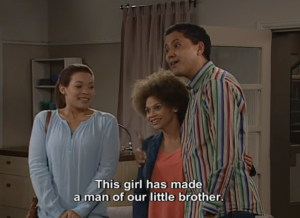 She told vicious lies about Charmaine and Pulane and then put on a nice face in front of them.  Eventually this led to Errol moving into Emma/Sonja/Nandi’s old flat with Tarryn. And there she carried on with her manipulations and lies. 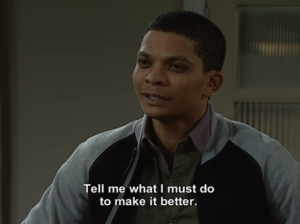 Getting more and more possessive and nasty by the minute.  Poor Errol was even afraid to go home, not knowing what would set Tarryn off next. 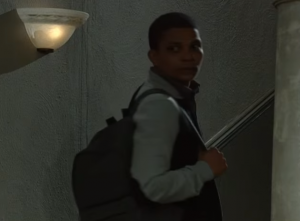 The initial emotional abuse led to physical abuse – first she caught Errol’s arm in the flat’s door as he was trying to get away from her and next she pushed him down the stairs in the Heights because he was talking to Pulane. 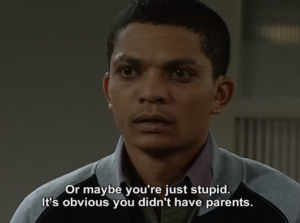 Last we saw, Errol was recovering from concussion in hospital and Tarryn was at home leaving abusive voice messages and then asking for forgiveness.

Although my blood pressure rises each time Tarryn appears on my screen, I find myself engrossed in this story. Good job by the writing team and actors. Even my 18 year old niece got very involved in this story line. Both Christo Davids (Errol) and Kay Smith (Tarryn) are doing a very believable job. Especially Christo after all these years playing the same Errol scenes over and over and now getting to do some real acting again.

Charmaine and Vanessa found out that it was actually Charmaine that Bonita tried to poison. And they were not as forgiving as Bonita expected them to be. Thank goodness! That criminal needs to have some backlash for her crimes and stupidity. Instead  of being sorry for what she did, she puts on her innocent as the driven snow look whenever anyone as much as reminds her of her crimes. 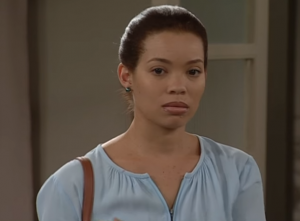 Seems like Vanessa forgot that Bonita had slept with Tony or she’s hasn’t been angry enough to blurt out the truth. There will definitely be consequences for that one, sooner or later.

Fortunately the Meintjies were relatively quiet. Other than Vince showing signs of PTSD 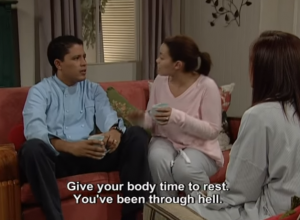 and the odd cold shoulder and sniping from Vanessa to Bonita, they’re seemingly busy with other aspects of their lives. 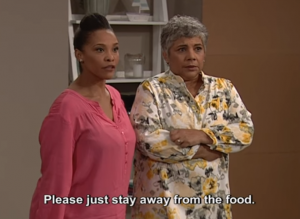 I’m glad that like in real families,  everything wasn’t immediately forgiven and forgotten.

Diederik’s plan to get the conference contract for Bruynwaves went into full swing. Kim agreed to play Diederik’s wife, Chanterelle and Willem agreed to play a house guest in his own house! And Charlie (Yutame Venter) arrived in all her glory. We and the Bruynwaves team were expecting a male Charlie. 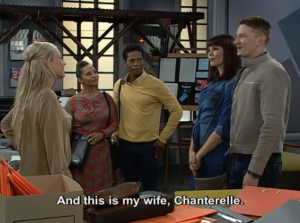 Kim quickly moved into the Croukamp residence and in pure Kim style completely took over, with her new outfits sponsored by Bruynwaves. 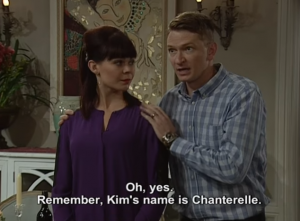 Charlie doesn’t at all seem bothered by the fact that Diederik’s has a wife and almost immediately started flirting with him. I wonder if the flirting will continue if she finds out he rents the cottage on the plot and is an employee at Bruynwaves.

It is fun seeing the whole story  unfold.

The Welman’s started to arrive in the Laan. First the dad, Chris Welman accidentally drove through the Deli and announced that he had bought the building and that Xander is his lawyer. 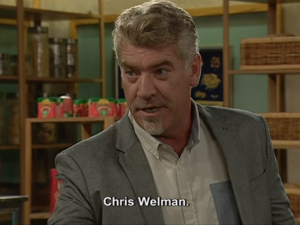 Gita took a liking to Chris. 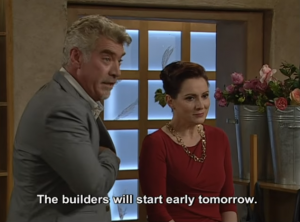 Not knowing that his wife was on her way. And as luck would have it, Gita and Chris were having lunch when Mariaan pitched up at Oppiekoffie. 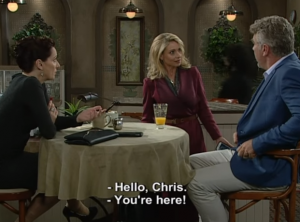 Mariaan and Gita took an instant dislike to each other.

Oh and even more fortuitous, Mariaan and Chris are Willem’s family members.  He grew up with their children, one of whom happens to be a doctor in Bloemfontein is now on her way for a visit.

Aggie’s luck ran out completely. She couldn’t get a job and so had to sell her car and move in with a friend. Paula heard about the situation and insisted Aggie move in with her, especially since Paula wasn’t going to be around.

And then her luck improved even more when she heard about the admin needs around 7de laan. She pitched her admin skills to Bruynwaves and the Deli and Xander also requested her admin services.  Xander also helped her to set up her business. 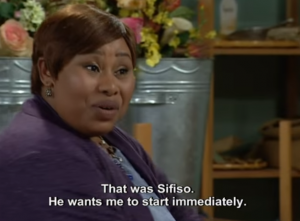 Then an interview she went for earlier resulted in another short term contract.

Things are on the up for Aggie!

I don’t know if it’s because I’m far away from home, but I’m enjoying 7de laan immensely. I’m pretty sure the stories as well as the acting have improved. There’s not one actor doing a terrible job.