I can’t even say how much I love 7de laan right now! That evil twin sister shocker was the most deliciously soapie twist I’ve seen on SA tv in a long time!

Life was normal for Charmaine when one day a shadow started following her around.  Next thing you know Charmaine is marching around Hillside telling everyone their fortune – very out of character for aunty to all in 7de laan.

When she was told how rude she’d been to all and sundry, Charmaine was very upset.  She confessed to Neville that she thinks she’s going crazy.  Because insanity runs in her family! 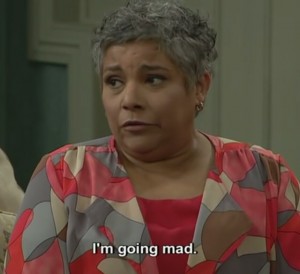 Next thing we know Charmaine was being drugged by an identical look alike – dressed exactly like Charmaine. 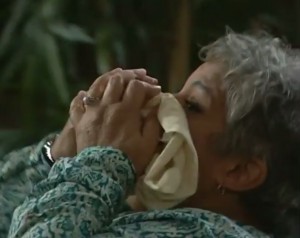 Her sister Vivian, it turns out! 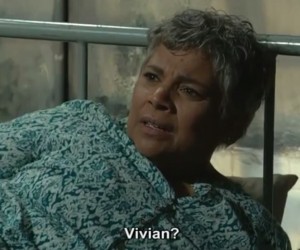 …because sometimes you just have to. Not to mention how she managed to dress exactly the like Charmaine every day – jewellery and all.  It doesn’t matter when you telling such an outlandish story anyway.

She is bitter because she was sent away as a little girl and Charmaine got to live a decent life.  And now she has twinnie Charmaine locked up somewhere. 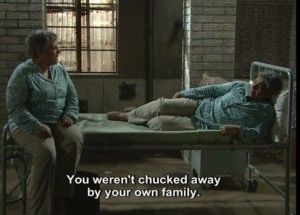 She blames Charmaine for not being there for her and is now intending to to take over her life with the intention of being the new Mrs Meintjies. 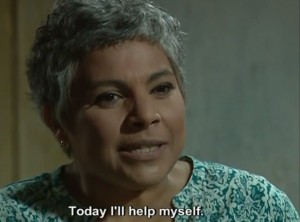 (It will be nice if she can start by throwing out Charmaine’s ugly outfits!)

She’s made herself comfortable in the Meintjies home. 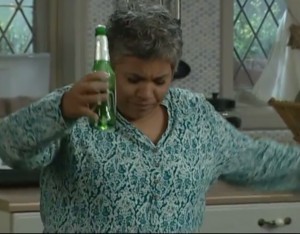 Ordering the most expensive items on the LePetit Paris menu to be delivered. Even though the restaurant doesn’t deliver.

She used Neville’s status as owner of the Hillside Times to get her way. 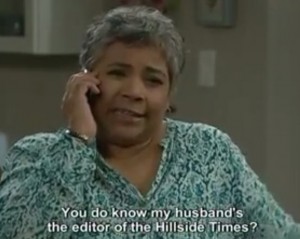 And when Neville returned home late. He got the crazy twin treatment. She scolded him for being late and told her to treat her like a lady. 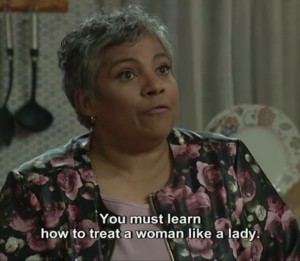 And then she told him she was leaving. Would find a hotel and he would have to pay for it. 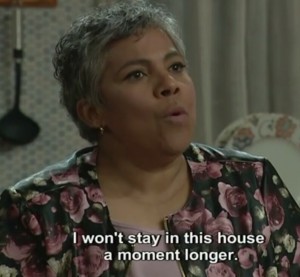 What more has this Vivian woman got planned for the good people of 7de laan, Hillside??? I can’t wait to find out!

Vinette Ebrahim is showing why she was voted most popular actress in the You Spectacular awards.  Awesome acting – playing both the roles of  vicious, cracy twin Vivian and nice aunty Charmaine!

Read here what happens to Vivian and Charmaine next.